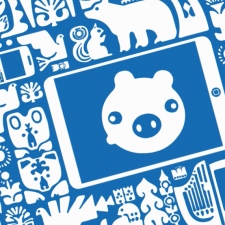 With top grossing companies like Supercell and Rovio, the Finnish game industry has been shining bright lately.

But it's not just about these companies. The growth of the entire local industry has been dramatic during the past few years.

In 2013, the total turnover of the Finnish game industry was estimated to be up 260 percent year-on-year to €900 million. The magic one billion euros is getting closer.

In fact, when counting together merchandising, licensing, mergers and acquisition, and investments, the total value of the Finnish game industry in 2013 was €2.2 billion.

It's not about the size

One frequently asked question is, Why is this happening? There is no single reason, but some of the ingredients of the success story can be highlighted.

One of the factors is the small size of our country - only 5.4 million citizens - has supporting the growth of Finnish game industry. Because Finland doesn't have a large domestic market, local game companies are almost always born globally.

Most companies see that the success of the other Finnish companies enhances their ability to succeed. In this way, there is a strong Finnish game industry community. It is a very tight, sharing and caring culture, which has been strongly nurtured by IGDA Finland. New methods, solutions and lessons learned are shared with other developers.

In 2013, the total value of the Finnish game industry was €2.2 billion euros.

Small size also has other benefits. The Finnish game industry had 2,500 employees in 2014, but there are only handful of companies employing more than 100 employees. The average size of a company is around 20 employees. This enables companies to be creative and agile to react quickly to market changes.

The roots of the Finnish game industry are found in a strong hobbyist culture, especially the demo scene. Our relatively short history in video games also means Finnish companies haven't developed some of the bad traditions which now affect global industry dinosaurs.

Thanks to Nokia, by the end of the 1990s, we already had lots of mobile game developers. Snake  was one of the very first mobile games in the world, and more than a decade before Angry Birds,  it was also the most widespread.

The new era for the success of Finnish game industry started in 2010 when Angry Birds became a global success.

Most companies sees that the success of the other Finnish companies enhance their ability to succeed.

A year later, we were privileged to witness the rising interest of international investors towards Finnish game companies. This started with Grey Area closing its first investment round, and continued with Supercell's investment and Rovio closing an at-that-time-unbelievable $42 million A round.

Then on 8 March 2012, Angry Bird Space was announced from the International Space Station. With the Angry Birds  games reaching the 500 million download milestone later that year, it was clear that even the sky was not the limit for our success.

People thought the Finnish game industry had gained everything. But Supercell proved them wrong during the summer by launching first Hay Day  and then Clash of Clans.

Following these games' global success, the scale of the industry's success increased again; something underlined when GungHo Online and SoftBank bought a 51 percent stake in the company for $1.5 billion.

The power of money

In total, between 2011 and 2014, $1.73 billion of private investments, mainly from overseas companies, were made in Finnish games companies, enabling great opportunities to create new success stories in the near future.

In addition to this, the Finnish government - namely in the form of Tekes, the Finnish Funding Agency for Innovation - has been supporting the local game industry since 1998.

During 2012-2014, Tekes' Skene program has offered €14 million in financial support to Finnish game companies. This is an internationally acknowledged advantage for all Finnish game developers, because this investment can also support private investments and share the risk.

To conclude this article, I would like to reveal what I believe are the crucial ingredients for the Finnish game industry's secret sauce of success.

You can find out more information about The Game Industry of Finland in this recent report (PDF).

And I also want to use this opportunity to say that we, in Neogames, are very highly appreciative to Pocket Gamer for serving up a great international game industry conference in the form of Pocket Gamer Connect Helsinki 2014!

Suvi Latva is the coordinator of Neogames Finland.

Neogames Finland is a non-profit organization which supports and promotes the Finnish game industry and its ecosystem.