Press pause for reflection: Why the rise of YouTubers isn't going to kill off the games journalist

Time to end the culture of 'anyone can do it' 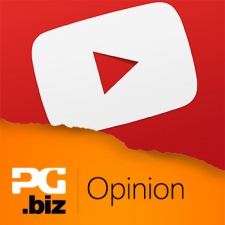 Turn your ear to any off-the-record conversation between a games journalist and a developer for any length of time and, chances are, at some point the topic will touch on why each respective player got into their chosen field.

Games journalism – as with any form of journalism focused around a creative field – is a somewhat odd beast.

Scores of those in the job could, effectively, be journalists covering any topic. A large portion of others, however, got into the profession out of a love of games and, if they're successful, managed to find they were good at writing, interviewing and investigating in the process.

There has always been a large portion of games journalists, however, who see the job more as little more than that of a 'critic'. The dream of thousands growing up reading games magazines was to grow up and do the same – play the best games before everyone else, write down their thoughts and get paid for doing it.

Like the naïve, wide-eyed winner of a TV talent contest who lands a weighty contract with a record company, however, the real job is somewhat disconnected from that dream.

That means, to be frank, there are an awful lot of people in this profession who quickly grow tired of what it has to offer. There's another chunk who never really get what the job is and simply coast along despite being rather bad at it.

Games journalism continues to offer refuge to both these groups, however. It breeds a 'have a go' culture where people attempt to learn the rules and ethics of journalism on the job. As a result, a portion of people never truly get to grips with them, or even see them as relevant.

Many badly paid journalists have never had a problem with receiving the odd freebie.

It's this – dare I say it – slight lack of professionalism that exists throughout the field that means scandals such as 'Doritosgate' could effectively blow up every week if people pushed the issue. Many badly paid journalists have never had a problem with receiving the odd freebie and, consciously or unconsciously, writing about said product or service as a result.

When you have barely enough money to pay your rent and you're working every hour God sends to make your name, not having to pay out for the latest game console or triple-A title seems less of an issue. That, of course, rightly doesn't translate well for those not in the profession, peeking in from the outside.

It's a touch ironic, then, that the 'YouTuber' – the supposed independent eye on the games industry meant to free us from the 'corruption' that has for some spread itself through the profession like a cancer – is now being hit by the very same problems as those that have dogged games journalism in recent years.

As first investigated by Mike Rose over on Gamasutra, it's claimed prominent YouTubers are now taking payments from publishers to give games favourable coverage, many without notifying their audience.

I am the law

As Simon Parkin rightly points on Eurogamer, much of this is due to ignorance. Like many games journalists before them, YouTubers are seemingly unaware of the laws that already exist to govern their profession.

(Indeed, given that many successful YouTubers start out posting videos as little more of a hobby, it's likely they don't consider it a profession at all. Nevermind taking payments from publishers from favourable coverage – how many are paying the appropriate tax on these earnings to their respective governments?)

Rose surveyed a clutch of YouTubers on Gamasutra as part of his investigation, and one anonymous response sticks out by a country mile:

"If a YouTuber asks for money for delivering great content, it's not wrong - it's compensation," says one YouTuber.

There's no doubt that many YouTubers put a lot of time and effort into their videos and, at a very base level, taking some money for that work (wherever it comes from) seems just and right. The big problem, however, is that viewers have been increasingly drawn to content on YouTube because they see it as more balanced than that on the pages of the biggest websites.

Falling out of love

It's not hard to understand why. The slow death of games magazines (where writers somehow seemed separated from their readers) and the rise of the web, where writers more often co-exist with their readers via social media has worn away much of the mystery that once surrounded the profession.

Games journalists are no longer seen as doing anything of real value by most readers – scores of games are free, others have open betas, and much of the early content journalists used to spin previews out of is available online. The flood of amateur sites that have also popped up during the last decade or more (some of them pretty decent, in truth, going on to establish some the scene's best writers) have helped foster the idea that, rightly or wrongly, anyone can do the job.

In recent months we've seen many games journalists make the switch to video content conscious of being damaged by association.

YouTubers, then, seem like a more palatable alternative – a raw, unglossy take on the industry from 'real' gamers. Indeed, in recent months we've seen many games journalists make the switch to video content for the very same reason – conscious that mainstream games websites are seen as being in the pockets of advertisers and that their reputation and 'creative freedom' is being damaged by association.

Now, somewhat predictably, we discover that YouTube – populated by stars less educated in the ways of the media than even those most amateur of games websites, with many contributors on no fixed income – is now being targeted by the very same publishers who years ago apportioned a chunk of their respective budgets on cosying up to the games press.

Why? Because as far as they're concerned, if one video on Flappy Bird can take the game from zero to international hero, imagine what something similar could do for their next big release? What's more, there are no pesky editors with ethical standards to talk around – hell, these guys want to be paid for their content.

I'm of the belief that gamers are more savvy than people give them credit for. Just as readers have writers and websites that they trust more than others, so the same thing will happen with YouTubers.

A few will always slip through the net, of course, but it will only take one case of legal action against paid-for content that hasn't been marked as such for the rest of this new breed to either be scared off taking money for their videos or to get their houses in order.

YouTubers taking 'backhanders' is today's scandal, yes, but in the long run, it could well sort the wheat from the chaff as this flourishing profession grows into something more sustainable.

Meanwhile, I think the fact that, as of yet, no notable games journalists or sites have been caught up in the story (and, indeed, that some of the profession's best writers are engaged in investigating it) has done games journalism a big favour, and it may well be the value of skilled, ethically aware writers is highlighted.

You could call this something of a call to arms. If ever there was a time for the best games journalists – not the ones disillusioned with the job or those out for free promo copies – to show their worth, it's now.

Arm yourselves. Whip out those dictaphones and tap away on those keyboards. The fightback starts today.