Diversity isn't a dirty word: Why there has to be a silver lining to the GaymerX turmoil 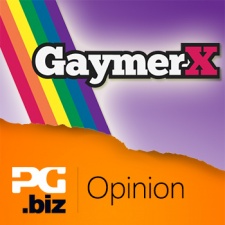 Where do you go for work if you're gay? You get a job in the theatre. Or as an interior designer. Or possibly a hairdresser. How about becoming a flight attendant?

Undoubtedly, there are professions that gay men and women have traditionally found more welcoming than others. Most stem from the decades when, even in some of the most liberal countries around the world, declaring yourself as homosexual was about as popular as turning up at a Star Wars convention dressed as Jar Jar Binks.

Things have certainly moved on since and, as I've previously expressed on these pages, I've always found games and the games industry itself to be a warm port of call for people of all colours, creeds and sexualities.

Indeed, I'd go so far as to say that, in 2014, I think you could add games development to that clichéd list of professions suitable for the homos amongst us. From the people that make the games to the folk that write about them, there are talented and influential LGBT people making their mark.

This sense of diversity, however, makes the apparent difficulty to run an annual event like GaymerX in the modern day games industry something of a mystery to me.

Putting the gay in Gaymer

GaymerX has, for the last two years, brought together the gayer side of the games industry and its fans together in one of the most 'gay friendly' cities on the planet, San Francisco. Yet, even before this year's shebang hit the Bay last month, the suggestion was 2014's GaymerX would be the last.

In the days that have followed this year's event, the convention has been hit by funding difficulties – some genuine, some mere misunderstandings – but so hard has it been to secure GaymerX financially that developers are now generously tossing their own money into a pot in an effort to support its future.

But why has it been so difficult to organise a successful and profitable games convention that celebrates the non-heterosexual side of gaming?

I'm not saying that something the size of GaymerX should be easy to pull off, whatever its context: Pocket Gamer is, more than most, aware that hosting a full on conference is no easy task. Likewise, though the range of people behind games may be wide and diverse, plenty of games themselves are still full of busty girls and guns designed to titillate what publishers wildly off the ball consider to be their target audience.

Similarly, delve into the comments section of any mainstream games site and you'll more than likely uncover sexism, touches of racism and homophobia scattered all over the place. That's the internet for you: it gives idiots (including myself) a voice.

However, I still think that, as an industry, the games scene has a 'it takes all sorts' attitude. It's hardly a secret that, traditionally, 'hardcore' gamers aren't always the most socially confident bunch of folks.

I still think that, as an industry, the games scene has a 'it takes all sorts' attitude.

Collections of gamers – whether casual gatherings or full on expos – do tend to bring together people who, in their younger years, were left on the fringes of society. In games, many have found a home utterly accepting of their passions, their traits and their ways.

Speaking personally, I like to think I've never been one to force the fact that I'm gay down people's throats, namely because I never felt it was an issue. I've always felt perfectly welcome at games industry events of any size.

Nevertheless, in the last 9 or so months, I've made a dedicated effort to reach out to the LGBT community that thrives within the games scene, with much success.

Earlier this week, myself and a local developer Simon Smith held the first get together of a group we started on Facebook a few months ago, Gay Gamers Manchester. We'd both been moved to try and do something to bring together both developers and gamers of an LGBT persuasion within the local area together – in part due to the struggles GaymerX appeared to be having on the other side of the Atlantic.

Of course, it would be utterly unfair to compare our little get together to a full on convention, but my optimistic side hopes that these small green shoots may lead to something bigger and even better in the years ahead.

A good 20 people turned up over the course of the night. Someone even brought a homemade cake.

Albeit under the influence of alcohol, I left our first meet feeling rather warm and giddy – a little community had been fostered in a bar in Manchester that, for all involved, could prove to be valuable in the years ahead.

But why isn't this happening all over? As hinted, San Francisco is world renowned for its gay scene and, at the same time, is also one of the most potent hot spots for games developers. Why aren't publishers based in the Bay Area falling over themselves to get behind an event surrounded by positivity like GaymerX?

Why am I not booking my flights to hop on over to Australia to party with the gay gamers in Sydney?

Instead of lamenting its apparent demise, why aren't we talking about similar sized events springing up in Manchester, London, Brighton or Amsterdam? Why am I not booking my flights to hop on over to Australia to party with the gay gamers in Sydney?

The idea that the games industry can't support an annual gay games convention somewhere on the planet is akin to failing to organise a piss-up in a brewery.

I hope the press that has clamoured around the aftermath of GaymerX fosters a swell of support either for a return next year or another similar event designed to take its place. Firing up the engines may yet prove to be GaymerX's legacy.

If not, then someone – whether that's the chap writing this piece, or those of you reading it - needs to get a little proactive and set about honour the diversity that exists within games development.

The fact that such a lucrative industry has, from CEOs to one-person studios, such a diverse group of people weaved throughout it should be something we celebrate automatically. That it's such a struggle is a rather nasty blot on the games industry's copybook.