Why Leaf Rider from Two Tails ran off the tracks 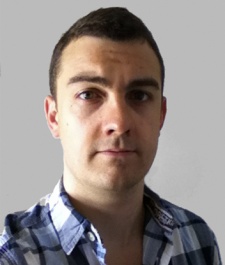 Making a game can be easy and  a lot of fun but it's hard to actually finish and ship a final polished product.

You'll often hear that one of the most common mistakes in game development is not finishing a game, getting sidetracked on something new and more exciting as an alternative to grinding through the final 10 percent of work (which is usually viewed as 90 percent of the effort).

Making a game might be easy and finishing one is hard but so too is it very hard to make the decision to actually cancel a project.

At Two Tails we spent three years working on and off on our mobile game Leaf Rider, but in January this year we finally decided to kill it.

After spending so much time and money on a project, how and why did we do this?

We started the game as a team of two and Leaf Rider  was our first own IP project together. In addition we had to juggle development with our work-for-hire business which was going strong and helped keep a roof over our heads.

Juggling a work-for-hire business while creating your own IP is incredibly hard.

Many studios have come up against this and some have even closed down completely to pursue developing their own IP like in the case of Remode. For us this meant that work on Leaf Rider  was often in small bursts with dribs and drabs in-between.

Despite all advice you'll hear now-a-days, we built our own game engine. Work on this started around 2008 before Two Tails (or Onimobi as it was back then) was officially started. At the time it was important for me to have a cross platform engine so I could sell my games on as many platforms as possible.

However before I dived in to build my own I spent a lot of time reviewing existing engines. The problem was the majority either didn't have good enough support (I didn't want to end up using an abandoned engine), or didn't target iPhone fully at the time. Back then Cocos2d-x (C++ version of Cocos2d) didn't exist and Unity3D wasn't well known or in any way recommended for 2D games.

So at the time I made a decision to build my own engine. Although the engine was relatively usable by the time we started Leaf Rider  there were still a lot of problems that came about because of it. A lack of documentation meant that only I knew how to use it and when the company's second programmer Simon joined, it took some time for him to get to grips with it.

Secondly we found that we had to spend time developing features and bug fixes for the engine which, along with juggling work-for-hire, meant even less time could be spent working on the actual game.

Leaf Rider started out as a game about blowing leaves around a track as a sort of racing style game. It was incredibly different to anything that was out there at the time.

We spent too long building tools, editors and levels rather than focusing on the absolute core mechanics first.

Unfortunately after spending a good 12 months along side our work-for-hire developing the basic mechanics and various tools to build the levels we decided that the gameplay wasn't really clicking with us. At this point we decided to stop working on the game and start on a brand new project.

I think we made this decision for the right reasons but we also made some key mistakes. We spent too long building tools, editors and levels rather than focusing on the absolute core mechanics first. We didn't fail fast enough.

The second mistake is that we didn't get any external feedback on the game. Had we got other people to play it we might have actually found it was fun. It can be very hard to judge your own game, especially one you've been working on for so long.

Of course it didn't end here. We eventually resumed development of Leaf Rider  and in the second part of our post-mortem I'll go into details of other mistakes we made, including pivots to our game design, changing our business model to free to play and how the rapidly changing market negatively affected the development of the game.

You can read part 2 of this article - Resurrecting and then killing your darling again: Post-mortem of a twice cancelled game - here

Mitch is the Founder of Two Tails, a Games Studio based near Oxford, UK. You can follow him on Twitter or visit the Two Tails website for more info.