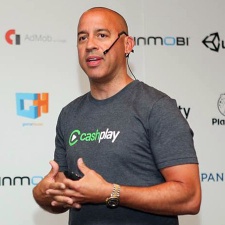 Competitive skill gaming is officially a sport, and it's got real fans.

The League of Legends season three world championship was watched by more people than the NBA Finals, the World Series and the BCS National Championship.

With a billion dollar deal having recently closed for the acquisition of e-sports streaming site Twitch.TV and ESPN broadcasting the DOTA 2 championships, it's impossible to ignore the fact that professional gaming, with real fans to boot, has arrived.

The e-sports/skill gaming industry, complete with lucrative sponsorships and rabid fan followings, has in turn created extremely competitive amateur tournaments, with millions of people playing against each other on a personal level each day.

In fact, some people predict that revenues from real money skill gaming (in effect, amateur e-sports) are expected to exceed $10 billion over the next three years.

We at Cashplay helped create this wave in the mobile gaming sector at the beginning of 2013 with the introduction of our breakthrough cash tournament mobile skill gaming system.

Our skill gaming platform plugs into thirdparty titles and helps developers monetize their audience in a more engaging way than advertising or IAPs ever could achieve.

A new way to monetize

Our system is approved by Apple and local payment providers to operate in more than 200 territories worldwide. In fact, we already have active real cash players in more than 150 countries. We run several thousand of cash tournaments each day, and the number of competing players is spinning up quickly.

Skill gaming is legal almost everywhere worldwide, including within most states in the US, and this real money, competitive gaming industry has the chance to have the same impact on gaming that online poker had in the mid-2000s.

Some games achieve a 14 percent conversion rate of DAUs into real cash players.

Our most successful integrations have brought stunning results.

With some games achieving a 14 percent conversion on overall in-game DAU into real cash players and 52 cents ARPDAU on those conversions, we are achieving a much higher monetization rate than traditional means of mobile revenue generation can ever deliver.

While we are excited about the growth of real money skill gaming, we are at the same time dedicated to protecting the game developers and, most importantly, the game players, who are engaging with this growing industry.

We aim to do so through educating game developers and protecting players through continuously bolstering our security and anti-fraud systems.

With this strategy in mind, I've decided to write a series of three articles outlining the basics that every person curious about real money skill gaming would want to know in order to engage with and safely benefit from the massive income and excitement that comes when adding real money into gaming.

The Cashplay concept and our team came from the regulated gaming industry, having previously run a licensed sports betting website prior to launching this skill gaming platform.

In the creation of that previous site, and obtaining the subsequent operating license, we built a substantial backend for limiting fraud, looking out for player interests, and most importantly protecting their money.

Hiring and training the right people to handle online transactions, user identification, fraud identification and customer service was by far the most important step in being able to satisfy the needs of a transaction system capable of processing millions of dollars a month.

In essence, when running a successful cash gaming site, you become a bank entrusted with deposits from real people who want to have fun while also making sure their interests are being looked out for by operators and game partners.

When you are considering the integration of real money competitions to your skill gaming titles, it is important to consider the following aspects as crucial to running a secure system:

Being an informed developer will go a long way to protecting your own interests and the integrity of your games, and to providing a safe competitive environment for your users.

To learn more about skill gaming, you can download Cashplay's legal white paper  Skill Gaming in the United States, or contact Cashplay at  partners@cashplay.co