Where next for wearables?

On your wrist or in the bin? 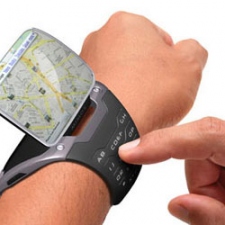 That's because we’ve been promised an exciting world of connected technology that brings convenience, intrigue and the next stage in social evolution.

Yet all we’ve seen are a few chunky watches most of which are brainless without a smartphone within a five meter radius.

Still, with Apple expected to enter the wearables fight next week - a fight that currently seems to be lacking any real combatants - we’re beginning to wonder if 2014 is the year for wearable technology to break through.

And if it isn’t, will we have lost interest in favour of the next trend (likely virtual reality) by 2015?

Smartwatches are leading the wearable way, but we’ve actually been here before (well, some of us older misanthropes have, anyway). Remember calculator watches? They might seem amusingly archaic now, but in the mid-80s these things were seriously futuristic.

We paid a lot of money to strap a calc-watch to our arm, but ultimately had to hang our wrists in shame and admit that the limited demand for a conveniently located electronic adding machine didn’t justify the cost of owning, and regularly replacing the batteries in, such a device.

When we look down to check the time on a battery-devouring smartwatch, and see a blank face staring back, will we feel an irritated pang of nostalgia for the calculator watch?

Wearables need to identify a problem, and deliver a convenient solution.

Perhaps not, if the smartwatch has paid its dues during the day and delivered some form of essential purpose. Currently, notifications and health tracking seem to be the areas where smartwatches have justified their existence, and we’ve seen some decent headway.

These aren’t overly smart devices, but unlike the calculator watches, they do fulfil a specific and useful function. In the end, that could be the saviour of wearable technology.

As long as they look nice...

How sexy is smart?

Despite what the Big Bang Theory  would have us believe, ‘smart’ isn’t necessarily all that sexy. And yet, we’re rather hung up on the smartness of wearables.

When the watches began to appear, a major criticism was that they needed to hook up to a smartphone to actually fulfil the ‘smart’ aspects of their namesake. True enough, this is probably more of a problem with vernacular than it is with technology, but nonetheless; manufacturers are too eager to label their gear as being smart, and this brings certain expectations that, so far, haven’t been met.

In fact, there’s nothing wrong with ‘dumb’ wearable tech. Wearables needn’t necessarily offer ubiquitous computing, or deliver a whole platform of functions like your smartphone or tablet does. They just need to identify a genuine problem, and deliver a single, workable, convenient solution. The trouble is, we’re seeing more solutions than there are problems.

Wearable tech is more likely to find purchase if it provides a function that benefits our everyday lives and, perhaps most important of all, it looks good.

This sounds superficial, but it’s the raw truth of successful consumer adoption.

That's one of the reasons that while all the early smartwatches were rectangular in form, pre-iWatch, the very sexy, very circular Moto 360 remains the most desirable smartwatch. Companies such as LG are now also coming up with more traditional circular form factors to compete.

Through the looking glass

In this manner, I think attractiveness is a major drawback for another wearable, Google Glass, which despite not having been 'officially' released yet has a growing number of apps available, so functionally, at least, it’s working.

These range from photography apps to navigation to social networking, and all privacy issues aside, they do suggest that a heads-up-display for everyday life could find traction. But not while it looks like a metallic unibrow with a lens missing.

All it needs is a sticking plaster wrapped around the nose bridge, and Google Glass will have been properly beaten with the technological ugly stick. People just won’t wear it in public, no matter how useful it might become.

Maybe that's why rumours abound that RayBan has been drafted in by Google, which could be just what Glass needs to bridge the disparate realms of functional technology and appealing design.

If function can be blended with style, as companies like Cuff are attempting to do with jewelry that invisibly delivers notifications and a single interaction with your smartphone, real uses for wearables might slowly begin to reveal themselves.

Of course, Apple could be the real saviour here. We’re predicting that Cupertino will go down the health route in trying to make its imminent smartwatch functionally appealing, since this is one of biggest opportunities for wearable technology. But it’ll be coupled with Apple’s renowned proficiency at sexy design that'll be the gateway to your wrist (and wallet).

If nothing else, the iWatch will look good, and that’s what’ll make it appealing. Once it’s established as something cool that people want to wear, maybe developers can begin to deliver the functional side of the underlying tech.

But this will take time. Remember, iPhone wasn’t all that usable when it first arrived?

The iPhone drove smartphone popularity thanks to its games (something Steve Jobs didn't really like), and that’s another area wearables will have to tackle successfully to be successful.

Developers will undoubtedly try to break into this new market through whatever means possible; it might be as simple as tapping at a wearable to interact with a game on some basic level, but here at Pocket Gamer we’ve seen plenty of fantastic ‘one thumb’ games, so it’s certainly not impossible.

And with updates such as greater Bluetooth integration and standalone GPS just around the corner, your wearable tech could easily begin to take a more active role in games like Ingress, Zombies, Run!  and any other location or movement-aware entertainment that comes along in the wake of readily accessible geotagging.

It’s interesting to consider how, not so long ago, game designs were constantly waiting for technology to catch up, and make them possible. Massively online multiplayers, for instance. We wanted those, and the concept existed long before a capable network was in place to make them a practical, playable reality.

Wearables seem to be suffering the inverse problem.

The technology is, for the most part, there. We can bend a touchscreen around your arm, make it thin enough to strap about your person, and include the essentials of electronic connectivity to remove any need for cumbersome wiring. And yet, ideas for what to do with these devices seem to be lacking.

It’s not the inability to create wearable tech that’s likely to starve this industry, so much as an empty idea jar when it comes time to put some tasty filling in these electronic sandwiches and sell them to a public that's hungry but doesn't know exactly what for.

We hope that won't be case, of course, but either way PocketGamer.biz will be there. And you can keep up-to-date with our coverage of wearable technology and games using our handy 'wearables' tag.

Pokemon GO could be coming to Android Wear smartwatches