Quantified Self just boils down to Self: What I've learned from two years of wearables 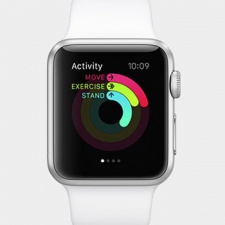 The reason I write about technology and games is because there's always something new to look forward to.

Like jackdaws with a keyboard, us writers are constantly enthralled by the shiny new thing that's just out-of-reach

Hands-on previews of not-yet-released games and gadgets are what really fire us up.

But by the time we get to the unboxing or the launch, the passion is often sated, sometimes by disappointment, sometimes because there's something newer and shinier twinkling on the horizon.

For that reason, it's one of the ironies that great technology - by definition - quickly becomes commoditised by our daily life. The iPhone becomes the phone, the Tesla becomes the car, the curved 4K smart TV, just another TV.

Over the past two years, that's been my experience of the best wearable technology too.

I'd even argue that during this period, the technology itself has become more than commoditised. It's actually become functionally transparent, although that doesn't mean it hasn't had any impact.

It's been the exact opposite.

My first - and best - wearable to-date has been my Nike+ GPS Sport Watch.

I've always been fairly fit but never much of a runner, instead preferring team games. To that extent, my purchase was something of a whim. But given that I've since clocked up over 1,000 km and over 200 individual runs in six different countries, it's fair to say this has been one of my most successful purchases ever.

Not - I hasten to say - that I would necessarily recommend the Nike+ GPS Sport Watch.

My first watch was replaced after the strap starting cracking, and despite a recent refresh, the supporting website where all your data is stored could be improved in numerous ways. At $150, the chunky single-use item (you'd only wear it when running) isn't cheap either.

Nevertheless, I've since given two Sport Watches as gifts; both of which have been well used, although another colleague bought a watch around the same time as me and it remains in its box.

What I've learned is that while the device provides a spur to action, it isn't enough in the long run without a certain level of self-determination. Recording a run provides extra motivation but less and less over time.

More surprisingly, I care less and less about the data that's recorded.

For example, when I started using the watch, I was obsessed with pace; how fast I was running on different parts of the my regular course. I also bought a Polar heart rate monitor to get more information about how my body was reacting.

I care less and less about the data that's recorded.

I still use that, but now don't have pace as something that displays on my watch during a run. After 200 runs, I know if I'm fast or slow (give or take), without checking.

So while it's nice to know I've run over 1,000 km and that my pace has increased from around 5 minute 15 seconds per km to around four minutes 30 seconds, the more I've used the technology, the less it - and such data - matters to me.

Of course, it could be argued that the Nike+ GPS Sport Watch isn't a true wearable. It's an occasional wearable; something worn for a specific purpose - running

Incidentally, I tried to wear it when playing football, but it doesn't really capture the motion and the two different type of running can't be separated from each other. I also tried the Adidas miCoach system. It's very good for tracking irregular motion but had technical issues and the hardware itself proved fragile and I quickly broke it.

When it came to wearables you constantly wear, my first purchase was the Jawbone 24.

A funky-looking bracelet, it had basic pedometer and sleep functions, as well as a decent app, which you could also use to track calories intake by manually entering your food etc.

I enjoyed using it - especially the sleep function - but after five months, the wear-and-tear of daily life took its toll, and eventually the button you use to toggle the sleep mode broke, reducing the 24 to a simple pedometer.

Annoyed, I took a pair of scissors to the bracelet and inside found a not particular robust bit of hardware and lots of plastic fragments.

No doubt, Jawbox has improved the design since. For one thing, you can now sync with your phone over Bluetooth, but the wider issue that these devices will be worn 24-7 and get bashed around was clear.

'Wearables' - the clue is in the name.

Following this situation, I researched the competitors and ended up with a Fitbit One.

Currently, Fitbit is the market leader in activity trackers. The Fitbit One is a hard lozenge-shaped device that has a simple LED display and comes with a soft bracelet for sleeping in and a clip for attaching to your clothes when awake.

I immediately liked it much more than the Jawbone, and within a month had lost it.

The result was a downgrade to the cheaper, less easy-to-lose Fitbit Flex; something I've now been using throughout 2014.

One reason I stuck with Fitbit was the easy of use. As with all wearables, you have to toggle it between sleep and awake mode, but everything else is automatic.

It automatically syncs via Bluetooth and my PC to the cloud, every week I'm emailed an activity report, and although I've had some issues charging it - every wearable has a proprietary, often fiddly charging system in order to be splash-proof - it just works.

We've got a cream for that

Yet, even in this relative state of grace, constantly using a wearable has thrown up issues.

The most physical is something that will affect all wrist-mounted wearables. If you're not physically clean - in terms of wrist and device - you will get a rash.

This is especially the case if you're constantly wearing a strap and doing sports. You'll sweat and eventually you'll get a sweat rash; something I first experienced in the humidity of Shanghai this summer, and something that has more generally been a problem for Fitbit users (likely because it's the market leader).

I've since ordered a new set of straps. You need to replace them every six months.

But the more subtle issue is - as with the Nike+ GPS Sport Watch - the more you use a wearable to track your activity, the less you will care about it and the data it throws up.

It's been commented on that most wearable trackers are used for six months before people get bored of charging them and put them into a drawer. I've not done that, but partly because of my now regular running schedule, I'm pretty happy with my level of activity so wear my Fitbit more out of habit than anything else.

Apart from occasionally looking at my sleep patterns - and often I forget to toggle the sleep/awake mode at the correct time anyhow - my Fitbit One isn't providing me with particularly useful information.

Yet, as with the Nike+ GPS Sport Watch, it is providing value because using a wearable unconsciously influences your behaviour. Of course, I might still eat a cream cake or take the escalator rather than the stairs, but over time, the fact I'm tracking these parts of my behaviour - even indirectly - has an impact.

Like the Panopticon, the effect of knowing you're being observed (or technically could be observed in the case of Panopticon), even if I'm the only person looking at the data, is striking.

Quantified Self boils down to self

As I stress, though, it's not the data that forces the change.

The more data you get, the less significant it become. What's key is that you are prepared to modify your behaviour.

The challenge for lardy-assed fanboys (and the rest of us) is to use the Apple Watch as a fulcrum to make those change themselves.

And, more generally, this is the biggest challenge for the entire wearables industry. Its early adopters are tech-geeks who are borderline obsessed with their health. They are exactly the group of people who least need wearable technology.

Incidentally - for those looking to combine wearables and games - this core group aren't gamers either.

So, when the excitement dies down, and all the new watches have been unboxed, let's remember, technology is always most exciting when it's unattainable and in the future.

What's more important, however, is the now - whether we're heading down to the gym or eating that dessert.

In this moment, no wearable device is going to make the decision for us, although the awareness they can enable can certainly encourage our resolve.

For, whether you're wearing a Nike+ GPS Sport Watch, a Fitbit Flex or an Apple Watch, the Quantified Self boils down to nothing less than Self.

Over 100 million smartwatches by 2019 but no killer app

Ticking clock: Why developers shouldn't give smartwatches the time of day just yet