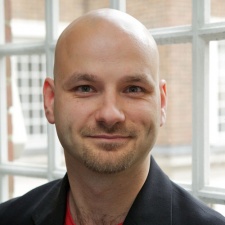 Imre Jele is creator-in-chief at London-based Bossa Studios. He will be discussing this topic in full at TIGA's upcoming Smartphone & Tablet Games Conference in London on September 18th.

For more information and to book tickets, click here

The journey my colleagues at Bossa and I have been on with Surgeon Simulator has taught us a great deal about mobile game development.

From its initial launch on Steam in April 2013, to iPad in March 2014, and even its recent PlayStation 4 release, the success of the game and the process we've been through has changed the approach of our whole studio.

In the spirit of sharing what I've learned, I'll be speaking at TIGA's Smartphone & Tablet Games Conference, and I'm pleased to also be able to share a couple of key insights with PocketGamer.biz's readers ahead of the event.

Game jams are essential for mobile devs to succeed

Our vision for Bossa has always been for an environment that gives our people creative freedom, autonomy and a sense of ownership - as if they were running their own micro studio, albeit with the protection of being part of a larger organisation.

A key aspect of delivering this has been our commitment to having regular game jams. Every month staff have two whole days to work on whatever they like, as long as:

Beyond that, there are no goals, and no approval needed.

I appreciate two days a month, every month, is a significant amount of development time. However, I just don't think there are any shortcuts or half-measures when it comes to building a truly creative and collaborative studio culture.

Moreover, given how crowded the mobile games market is, putting processes in place that encourage and maximise creativity is essential if you are going to have a shot at making something that stands out.

Surgeon Simulator is a good example of this. Looking at the game on paper, no sane person would put money behind it! It's not actually a simulator, it's tricky to control, and frankly it sounds silly, at best.

No publisher would ever back it, right?

Yet here we are, in the fortunate position of having sold 1.5 million copies. It's a concept that you had to play first before you could get the joke.

The accelerated development process of the internal game jam made that possible. It meant we could understand there might be a niche market for this kind of dark comedy.

It's also important to note that our first few game jams were terrible! Yet we pushed on through, learning collaboratively about what worked and what didn't, and refining our approach as we went.

As of right now, in addition to Surgeon Simulator, we have three more major projects in development, all of which have come from our internal game jams.

We were incredibly pleased to see Surgeon Simulator in the top 10 iPad games for more than six weeks, even at the premium price point of £3.99/$5.99, but I'm certain we wouldn't have achieved this had we launched on iPad first.

Steam benefits from a large and highly engaged online community. The platform also has a great deal of community management functionality, and more 'hardcore' PC players that often provide a deeper level of feedback than you tend to get from more casual mobile audiences.

Even in terms of how quickly you can take feedback on board and issue an update, you're talking hours on Steam, and possibly two to four weeks on iOS. For consoles of course it can be even longer, depending on the size of the game.

We all know the biggest challenge of iOS is the noise, and how hard your game is to find.

By developing Surgeon Simulator on PC first, we not only had an enhanced product by the time we launched on iPad, we had an engaged community that did the job of explaining the game to iOS users for us!

The mobile gaming opportunity may be bigger than ever, but it's also a tougher market to succeed in than ever before.

As such, studios of all sizes need to think how they can enhance their creative output in a way that's repeatable, and committing to regular internal game jams is the most effective way I've found yet of doing this.

PC is still arguably the best platform with which to build an engaged community from scratch. Doing so, and using this to enhance your game before you launch a mobile version, can be the difference between a hit or a miss on the App Store.

If you'd like to hear more from Imre on the lessons Bossa learned from the multi-platform journey of Surgeon Simulator, Imre will be discussing the topic in more detail at TIGA's Smartphone & Tablet Games Conference in London on 18th September.