Why you should be using Linear, Cumulative and Secondary Indexes to optimize your IAP strategy 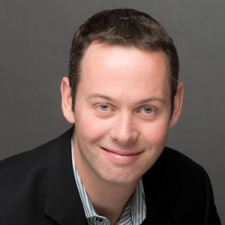 Jon Walsh is CEO and founder of Fuse Powered.

For free-to-play designers, having access to a detailed breakdown of your game's most relevant data, and the ability to segment your players accordingly, has become a necessity to build a successful free-to-play title.

One of the most important indexes to track is player investment.

Knowing what each of your players values or enjoys most allows you to group them using player segmentation. Once they've bought something or interacted with certain premium elements in the game you know what is valuable to them and can profile by those metrics.

You can also look at players who've gone before them that exhibit similar behavior patterns, and what those players purchased during their lifetime.

Now you can tailor unique monetization strategies for each group. Audience preferences can inform everything from virtual merchandise sales to push notification copy.

Finally, there's a huge opportunity to build a one-to-one custom store experience, because you already know who your players are, what they're doing, and what they're likely to do in the future.

You can start all of this by tracking Investment Indexes.

What are Investment Indexes?

In Advertising Secrets of the Written Word, advertising legend Joseph Sugarman lists 24 psychological triggers conducive to making a sale. The very first is the 'Feeling of Involvement or Ownership.'

Investment Indexes tell you which knobs your players want to turn.

He relates an anecdote about a successful salesman that would stand in the aisles of his electronics shop and watch customers as they walked in to the store.

Investment Indexes tell you which knobs your players want to turn.

An investment index is any metric that communicates how "deep" a player is getting in to your game. It's the closest we can come to measuring a player's emotional involvement in your game by measuring how many milestones they've reached.

Investment in most games can be measured through either Cumulative Experience or Linear Progression.

Games like Flappy Bird don't offer much in the way of progressive gameplay. However, being able to group your players depending on their investment in the game is valuable when trying to improve monetization.

A Cumulative Experience Index measures a player's investment as the sum of their engagement with different features.

The example below illustrates how you could segment players in an endless runner style game depending on the number of runs they've completed.

Comparatively, Clash of Clans has the player building towards the achievement of predetermined goals. Players engage with the primary mechanics and in return they accumulate experience levels that unlock more content.

If users aren't making it through the tutorial, they aren't going to monetize.

Any metric that moves forward along a single axis like this a Linear Progression Index. This can be a characteristic of the player as is often the case with RPGs. It can also be external to the player like moving along the map in Candy Crush.

A good use case for the Linear Progression Index is improving tutorial drop-off. If users aren't making it through the tutorial, they aren't going to monetize.

Using a single linear progression index, pinpoint exactly where in gameplay users are leaving. This will show where to focus development efforts to resolve the issue and improve traffic to key monetization points.

Make sure that you track unique events for every input that the player makes, and then view them in sequential order to create a linear progression index.

In larger games, it's necessary to track more than just the player's level to accurately segment your players. Secondary investment indexes are more granular and increment at higher frequencies than primary indexes.

Where primary indexes divide progress into large sections, secondary indexes let you know what features your players are engaging with most and which are falling flat.

By tracking Investment Indexes you can understand player progression.

In one mobile title, our analytics revealed that players spent most of their premium currency feeding virtual animals and not collecting the coins they produced. This suggested that players were far more willing to spend their money caring for their animals than profiting from them. As a result, the developer pivoted the design and dramatically increased conversion.

By tracking Investment Indexes you can understand player progression and involvement in your game to deepen player engagement or increase conversions and revenue.

Linear, Cumulative and Secondary indexes can tell you everything from the effectiveness of your tutorials and specific features in your game, to what you need to do to optimize your IAP strategy, or even how to create a one to one custom store experience.

Originally a mobile developer of titles such as Retro Pinball, Jaws Revenge and Scarface, the publishing tools Fuse Powered built became so powerful and popular with development partners that Fuse transitioned from publisher to platform provider in the spring of 2013.