Why Wayward Souls' $1 price increase per update is driving sales 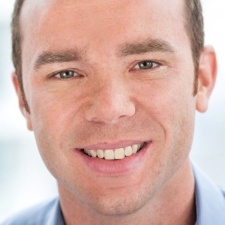 In a mobile games market saturated with premium and freemium business models, we are constantly on the lookout for alternate and emerging payment structures.

Wayward Souls, the newest release from RocketCat Games - recently covered in a PocketGamer.biz studio profile - is a notable example.

The developers released the game with an initial price of $4.99, and then spurred purchases by promising to raise the cost of the game over time - and making good on that promise!

How does RocketCat Games manage to pull this off without angering potential players?

RocketCat Games has released six mobile games to-date. Their mixture of premium (pay-to-play) and freemium (free-to-play) games, all offering in-app purchases at a variety of price points, demonstrates their willingness to experiment with payment models.

Wayward Souls, the studio's most ambitious game yet, is described as a permadeath action-adventure game with six playable characters and randomly generated levels.

Reviewers praise its resemblance to the rogue-like genre, while replacing turn-based gameplay with fluid controls and tactical combat.

What makes the pricing model unique?

Wayward Souls was released on the App Store in April 2014 for an initial price of $4.99. However, the game's pricing model has a unique twist.

"Every time we do a big content update, we will raise the price by a dollar," the developers state in the game's App Store description.

"We plan to do more big updates."

Additionally, all future content updates are free for anyone who has already purchased the game. So far, the game has had two major updates, and the price has increased as promised. (Smaller bug-fix updates do not increase the price.)

Why has this pricing model worked?

The developers recently disclosed that, "the pricing experiment has been a tremendous success," and the game's profit has already surpassed most of their other releases.

There are several factors contributing to the game's success, driven by the game itself as well as its distinctive pricing model.

It's easy to tell that Wayward Souls is a highly polished experience with solid gameplay.

$5 seems to be the new $3, so we settled on that for the initial price.

However, it is not an easy nor forgiving game. The game's challenge (and price tag) is probably enough to scare off a typical casual gamer, but is a gem for players who enjoy the increased challenge and intensity.

Kepa Auwae, the studio's designer, said that "higher prices for iOS games mean that more complex, deeper games could be justified," and it's clear that Wayward Souls is reaching a growing market of players who crave higher-end gaming experiences on their mobile devices.

It's likely that these are players who are used to shelling out $20 to $60 for PC or console games, and view a $5 quality game purchase as a welcome price-cut instead of an exorbitant price tag.

Wayward Soul's success is also partially due (in this writer's opinion) to its pricing model.

It triggers a peculiar thought process in potential buyers. For some people, the promise of a future price increase is a big enough motivator to buy the game now and get "locked in" at the cheapest price possible.

One reviewer on the App Store claims he "bought the game on a whim after reading the price goes up after every update" - proof that people are happy to buy something now to save money later.

The developers are quick to remind players that the game's price goes up with every new major release. They also provide a list of potential future updates, partly to reassure players that they haven't abandoned development, and possibly to entice buyers who are on the fence but might be interested in upcoming features.

Wayward Souls has surged back into the Top Games charts every time there's been a content update.

Finally, Kepa actively maintains the company's Twitter and Facebook accounts and announces when new updates are imminent, and even encourages readers to go buy the game before the price goes up.

All of these factors work together to influence a potential player's decision to purchase the game, and to purchase it soon.

The answer to that question may explain why Wayward Souls has consistently surged back into the Top Games charts on the App Store every time there has been a content update.

As word of mouth about the updates spreads to new markets, these potential buyers are tempted to purchase the game before the price increases - or, if they've just missed the boat, before it increases again.

App store rankings improve every time there is a new update and price increase.

Has this pricing model been used before?

In 2013, KnapNok Games released their party game Spin the Bottle: Bumpie's Party on the Nintendo Wii U for $8.99.

Earlier this year, they released a content pack with additional mini-games and features. While the price was raised to $11.99, people who already owned the game received all of the new content for free.

On a similar note, there is an increasing trend of releasing an early version of a product at an entry level price point and later releasing the final version while increasing the cost to newcomers.

Game developer Mojang, recently purchased by Microsoft, released early versions of Minecraft for as little as $13 on PC platforms back in 2010. The full PC version now costs about $27, with free updates available to all players.

Can you use this pricing model in your game?

RocketCat Games studied recent market trends as well as their own plans for updating Wayward Souls to determine their starting price.

According to Kepa, "The games market on iOS is maturing, so you have people that will pay more for a richer experience. $5 seems to be the new $3, so we settled on that for the initial price."

The devs are planning on releasing enough updates to drive the price of Wayward Souls up to $9 or 10.

With a current price tag of $6.99, this means plenty of updates are in store for current and future players.

While Wayward Soul's pricing experiment has panned out well for RocketCat Games, there are some potential pitfalls that game studios should consider before following suit.

We advise that studios take care when setting their initial price and determining the cost increase for subsequent updates. If the initial price is too low, developers could entice too many people to buy their game while it's inexpensive.

If the game doesn't appeal to a wide enough player base or lacks sufficient advertising, sales will taper off and developers could be left struggling for revenue - and leave early adopters miffed at the lack of promised updates.

On the other hand, sales could be lackluster if the initial price is set too high for the targeted customer base, and only get worse once the price increases.

Developers would have to consider options such as releasing updates without increasing the price (and risk sending a mixed message to customers), or lower the price temporarily via sales.

While it's unclear how high the developers can push the price before sales start to suffer, it's obvious that linking increases in content to increases in price has not alienated potential buyers and has worked overwhelmingly in the studio's favor.

Are you interested in using innovative pricing models and monetization techniques for your mobile or social game? If so, get in touch with AC+A today!

Dead and loving it: The making of Wayward Souls

When it comes to monetization in 2015, we have all the questions...