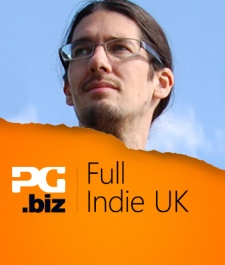 Want a slice of honesty? I'm a games developer who has done pretty much everything wrong, but I’m still here nine years later.

Back in 2005 I had a good stable job making business software and I’d been doing that for nine years. I’d also been making games for over 20 years as a hobby and finally decided that I wanted to do it full time. So I quit the business software job and went “full indie!”

However, I had no savings because my family had just moved to a bigger house (with bigger living costs) so that we had room for our second son. Also my wife wasn't working due to being a full-time mum/mom.

My first two games were a bit rubbish

The first thing I did was to make a couple of complete mini-games so that I could begin to build an engine for subsequent commercial games. This is when I learned that making the game part is relatively easy and what takes time is all the GUI stuff, menu system, polish etc. To get a game to state where you can release it on the Internet as a complete product is not easy.

Then I spent about six months making my first game and we juggled our finances by getting some bank loans and living off credit cards, and I think we even took a mortgage payment holiday for a couple of months. None of this is advisable.

My first game used stock art and music (yuk), and I even used some of my own programmer art (OMG). It didn’t cost much to make and it shows.

However, the fact that it sold even one copy spurred me on and so I spent the next three months making another game using the same engine whilst getting further into debt. That game didn't make much money either: $2,900 to date.

I didn’t see any decent cash for 18 months

Basically it was about 18 months before I actually saw any kind of decent cash and that came from two sources: a couple of moderately successful games and some contract work.

I basically had to succeed. I really had no other choice but to make it work.

During the summer of 2006 I changed programming language/engine to one that allowed me to add more graphical polish and I put that to good use in a couple of match-3 games that had professional art and music.

Someone at Big Fish Games spotted one of those games and asked me if I wanted to do some contract work for them and because I was in a desperate financial situation I agreed – that game was the original Fairway Solitaire for PC/Mac, which was a big hit back in 2007/2008.

I also did some IT consultancy during the first 18 months to help make ends meet and my wife got a part-time job lecturing about science journalism at a university. We even made use of government tax credits for low income families, which helped pay for some of our childcare so that we could get some work done.

Nevertheless, this was a very tough time period for us and when the Big Fish Games contract work cash started to arrive we just used it to pay off debts to get our finances back to zero.

Big Fish Games offered me a job in Vancouver in late 2008 and we moved there because we thought it would be an adventure, and it was, but I eventually got the urge to go indie again. So in early 2011 I quit my job; although this time I had some savings (woo), but they only lasted a few months (doh!).

I made a game called Spring Bonus that did pretty well, but not well enough to support my family, so once again I ended up doing some contract work and some casual game design consultancy. I also dabbled in mobile ports of my games but they didn’t really make any money (a subject for another article).

Then we moved back to the UK in 2012. Moving continent costs an absolute fortune and we ended up back in debt seven years after I first went indie.

Running out of money is a pretty good motivator though and I quickly made Spooky Bonus, which launched in time for Halloween 2013 and turned out to be my most successful game yet.

Since then I’ve managed to get a Creative England GamesLab grant for my latest game, which is almost complete, and things are looking up.

Play it safe or jump right in?

Right now my own games are making more money than ever before and I don't need to do contract work or be an employee, which is great, but it’s taken me nine years to reach this point. Nine whole years - just think about that.

Also, if the past has taught me anything, it’s that the future is likely to also be a bumpy ride. Nothing is certain.

I normally hear established indies giving advice like: “play it safe; build up resources/skills; make a game whilst still employed or living at home with your parents; minimise your overheads etc. Then eventually you'll be ready to go full-time." and I would advise the same.

I definitely wouldn’t advise that people take the unprepared route that I did and get into debt. However, something quite interesting happened as a result of that hardship: I basically *had to succeed*. I really had no other choice but to make it work; otherwise I'd have had to get an "ordinary" job, whatever the hell that is, and downsize my house etc.

So maybe there's something to be said for jumping right in and getting started after all? The old “Ready, Fire, Aim” approach.

Many people who do that will probably fail, but some will succeed simply because they have to. Will that be you?

Jake Birkett is the owner of Grey Alien Games, an indie studio based in Dorset that specializes in casual games for mobile and desktop. He also runs the Full Indie UK meetup group.

You can get in touch with Jake via Twitter, or find out more about Grey Alien Games on the company's website.