Welcome to EGX: The event that highlights the growing indie vs triple-A console divide

Yes, we can have too many Assassin's Creed games 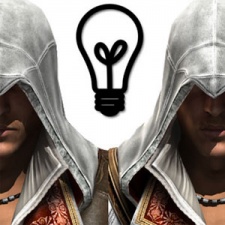 Convergence. Go to any games conference focused primarily on mobile, and much of the talk will be of convergence.

Indeed, it's a concept I've found myself talking about a lot more of late – writing here for a site called Pocket Gamer, the irony that many of the devices we now cover can barely fit in a bag, let alone a pocket (without bending them), is not lost on many.

The walls between mobile and tablet and other platforms – streaming platforms, micro-consoles, smart TVs, even virtual reality devices – are being blurred and scores of the mobile developers I spoke to in the early days of my career are now working across multiple different platforms, from Steam onwards, as well as mobile.

That was something that, in a small corner of the Eurogamer Expo – known as EGX by the kids – was very evident: the Rezzed section played host to scores of indie games across all different formats and, while mobile was still very much present and correct, the kind of ideas that were born in the indie scene on PC a decade or more ago and flooded onto the App Store five years later have now resettled across both mediums.

And, boy, the games are varied. You'd have been hard pressed to find two games across the indie section – frustrating surrounded by open space that, in theory, could have played host to far more games – that remotely resembled each other.

Even as a journalist who has only ever dipped his toes into the indie scene, a few days at EGX was enough to prove that creativity, excitement and drive within the industry is firmly in the hands of the indies.

The rest of EGX, however, felt like an extended branch of GAME.

A floor of two halves

And that's what makes EGX a different show.

One of the last major games events to be held in the soon-to-be-flattened Earl's Court, half of the top floor plays host to indie games, a press room, and a business section led by the good folks at trade association UKIE.

The rest of EGX – one and a half floors, essentially – is then one, great big showroom. Microsoft, Sony, Nintendo, Ubisoft, Warner, Ubisoft, Activision, Ubisoft, Ubisoft and Ubisoft all clamour for floor space to push their latest line-up. And, unlike E3 and Gamescom, where some big releases not due out for months or even years get their first showing, EGX really a Christmas run-in hype machine.

In that respect, it's an especially successful exercise. Some of the games with the biggest queues aren't even new. They're already out. Destiny and FIFA 15, I'm looking squarely at you.

“Next year, you should buy a ticket for my nephew,” I reported to my mother on the phone last night.

“He'd love it. It's like a theme park of all the games he's going to have in his stockings one Christmas Day.”

The majority of the big-budget games at EGX seemed to be prefixed by the words 'Assassin's Creed'.

Indeed, as a kid, I would have adored EGX, and standing in an especially slow queue amongst the masses at 11.20am on Saturday (damn you London Underground for causing me to miss the press-and-exhibitor-dominated 10am queue) it was clear that I was around 107 years older than all others stood around me.

For 'core' kid gamers, EGX is a boon.

But for me and many of the other journalists surveying the scene, it was hard to muster all too much enthusiasm for the big budget games on show.

In part, that's because many in attendance had already seen what was on offer at countless other events throughout the course of 2014. It's safe to say EGX's console line-up would have looked far more appealing if, for some reason, you'd been in hibernation for the majority of the rest of the year and somehow found yourself waking from your slumber in the middle of Earl's Court.

However, the other big reason excitement was in short supply was because the majority of the games seemed to be prefixed by the words 'Assassin's Creed'.

It was news to me that Ubisoft has managed to summon up another Assassin's Creed game for the previous generation of consoles – titled Rogue – all while working on Unity for PS4 and Xbox One. Presumably the games can now create themselves, with the Assassin's Creed Animus able to construct entirely new titles in the series off its own back.

Well, either that or Assassin's Creed: Rogue is a half-baked Black Flag follow-up made almost entirely out of the same assets and design running on aging but popular hardware. I'll let you decide which sounds most plausible.

It's utterly ironic, too, that the one big budget game on show at EGX that I hadn't actually heard of is one tied to a series that, for better or worse, you simply cannot avoid.

And why does it exist, exactly? Given Unity is, officially, the next chapter in the Assassin's Creed story, is it unfair to suggest Rogue is little more than a revenue-raising sweetener for the millions of gamers yet to make the leap to the next generation?

Is it wrong or naïve that that bugs me? Am I allowed to be that cynical?

If I boil it down, what EGX proved it that convergence is by no means universal.

At a time when indie developers are spreading their love across multiple platforms, the big console publishers are instead farming out bespoke new games built around tried, tested and ultimately tired IP for ageing platforms to squeeze as much revenue out of the consumer as they can.

And, it's not as if any of this is news to me. The divide between the indie scene and the big boys is visible at Gamescom in greater proportions, given that Gamescom is roughly eight or so times the size of EGX. The timing of EGX, however, means it's almost exclusively packed with Christmas 2014 releases, most of which are follow ups or tie-ins to existing IP.

It's a sales machine for the most crucial period of the year for publishers still focusing on console.

What positives we can take away from EGX is that, firstly, when a big consumer event like the Eurogamer Expo gets behind indie games, the crowds come with them. Big praise needs to go to EGX's organisers for offering indie games more and more space each year, and I think the masses of people who flooded the Rezzed stand from Thursday through to Sunday is evidence that the demand is there to devote even more floor space to indie games in 2015.

And, conversely, despite what appeared to me to be a lack of original ideas or even new IP at EGX, the sheer number of people queuing to play games that they'll be able to pick up in a matter of weeks is evidence that, for the publishers who have the franchises consumers want, the console scene is very much alive and well.

There are many, many millions still to be made in the years ahead in console. Convergence may just have to wait.