Nevermind the name, here's how Windows 10 can earn full marks

Microsoft needs to get its game on 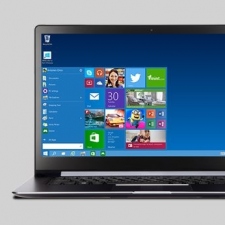 Last night saw the wrappers come off Windows 10, the next version of Microsoft's market-leading OS. Yes, for reasons unknown, Microsoft has decided to skip the number 9 in favour of the seemingly much more impressive sounding 10, leading to predictable swipes and groans across Twitter.

If this sounds familiar to you, that's because it happened with Xbox One.

Though Microsoft wanted to focus on the one-for-all aspects of its console – media, games, etc – the fact it decided to drop a 'One' onto the end of the third iteration of Xbox predictably generated much ridicule.

And here we are again, in much the same situation. Windows, like Xbox 360 before it, is a somewhat unpopular market leader, and Microsoft the butt of all jokes.

Telling, then, that rather than unveil Windows 10 to an audience of thousands at a packed auditorium, Windows lead Joe Belfiore drip fed a crowd of 50 the first glimpses of the new OS, due out late 2015.

Microsoft never communicated the advantages of Metro and it quickly became something people just lived with.

As such, it's hard to form a solid opinion about Windows 10, given what we know so far is so limited. Initial thoughts are that this is Windows 7 meets Windows 8. Indeed, part of me wonders if Microsoft briefly considered branding it Windows 15 as a result. That would have really got the internet talking.

Even the most zealous of Microsoft fans would admit that its Metro vision hasn't yet translated for the mainstream. Sit next to a Windows 8-powered laptop or tablet on the train, for instance, and you'll likely see a Start screen cluttered with tiles all over the place, usually left in whatever default setting the vendor had installed.

Consumers just don't know how to use it, nor why they should care.

From the word go, Microsoft never communicated the advantages of Metro and, for all too many, it's become something people have lived with rather than embraced. It's not strcitly the fault of Windows itself - the Start screen is, for me, a blessing rather than a curse - but rather Microsoft's bizarre decision never to detail what it was exactly for.

Windows 10 appears to be a definite response to that.

Tiles are still in attendance, but for people using on non-touch devices such as their home PC, it appears they'll be relegated to the Start button, which is back in traditional form.

For touch devices, however, it appears the Metro Start screen may make a reappearance, though the company is yet to lift the lid on just how and in what form this will take place, perhaps wanting to show off a return to functionality over style to appease critics.

Commentators are already describing Windows 10 as an attempt to turn the page on a 'difficult chapter' in Microsoft's history.

My take is, whether through choice or necessity, Microsoft is more willing to listen to its consumers than ever. Windows 8 was an undoubted risk, and while it's no great leap to suggest people didn't 'get it', it remains the market leader.

It served as an open beta to all intents and purposes, with the changes implemented in Windows 8.1 and Windows 10 essentially reactions to suggestions from its consumer base. It's almost as if Microsoft needed to push change within Windows too far in order to row it back to a happy medium.

For developers, however, it's less a question of whether a change in aesthetics will appease consumers and more if there's any way Microsoft can turn a platform designed for a multitude of different forms of hardware can ever become an app pushing machine.

Contrary to popular belief, the Windows Store is actually a well stocked beast.

Contrary to popular belief, the Windows Store – where apps are currently sold – is actually a well stocked beast, and for people using Windows on a Surface or any other tablet, it's no doubt a first port of call. But for laptop users, apps always seem somewhat unnecessary.

With a keyboard at your fingertips and a browser at hand, there's little need to browse the Store for a Facebook or Twitter app, and the kind of casual games the Windows Store has made its mainstay likewise don't really feel at home on a laptop or PC.

This is going to be Window's big challenge in the years ahead. As the kids like to say, 'haters gonna hate'. Windows 10 could prove to be the most reliable, usable platform in OS history when it launches in 2015 and it'll still have people more than willing to drag it down from day one.

But Windows, with its millions of users almost guaranteed across scores of different PCs, laptops and possibly smartphones in the years ahead, remains a potent possibility for app and games developers.

Nevermind the name. Nevermind Metro. If Microsoft can make gamers want to download Windows 10 apps, it'll be onto a winner.

Nine's not fine, so is Microsoft onto a winner with Windows 10?