The web is the way says Rob Grossberg 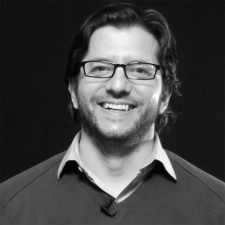 Prior to TreSensa, Rob combined his digital advertising and video experience as SVP of Business Operations and Strategy at Tremor Video, one of the leaders in digital video advertising.

Prior to that, spent close to eight years at DoubleClick, first as Deputy General Counsel and then as VP of Sales Operations.

I heard a very scary prediction earlier this month. I was at a game conference in NYC and the expert panel was discussing game discovery, in particular, the common practice of driving traffic to your game on a cost-per-install (CPI) basis through one of the many native game marketing solutions.

That is when I learned that CPIs are predicted to double or even triple to the $8 to $10 CPI range within the next twelve months, largely driven by social casino companies who are monetizing their user base at record clip and need to feed the beast with more users.

If the prognosticators turn out to be right (or even somewhat right), it will become practically impossible for most casual game studios to maintain a successful, profitable gaming business within the app store economy alone.

If each new user costs a studio $8, that studio had better be a complete and utter monetization ninja to have any shot at recouping its marketing spend, let alone turning a business profit.

Games will find their users wherever they are consuming their media.

The escalating costs of app store discovery will finally force game studios change the way they create and market their games. The status quo will not cut it anymore. Studios will have no other choice but to seek out alternative and creative ways to market their games.

One of those alternatives is already starting to gain traction, offering studios the opportunity to get millions of game plays and drive highly qualified installs at the same time. Is it magic? Is it legal?

Mobile web gaming has come of age. The future of mobile game discovery lies with extending gaming content (not just an ad for the game) outside of just the traditional app stores and into user rich areas like mobile media sites, blogs, social networks, chat services, browser content stores, and even inside of other native apps.

Instead of users needing to go to an app store to find games, the games will find the users wherever they are consuming their media. Major media companies, web publishers and game portals that already have large mobile audiences are now looking to further engage their users with native-quality HTML5 game content.

So how does this work? Game studios attract game players by letting them experience and get hooked on a game before they download the app.

In addition to the high-value users acquired through the mobile web, studios get the added benefit of brand awareness generated by those who play the Lite game but don't elect to install it - at no cost.

To bring the above points to life, here is an example of how PuzzleSocial, a mobile game studio based in NYC, has successfully leveraged the mobile web for its business.

PuzzleSocial is the studio behind Daily Celebrity Crossword, one of the most successful crossword games in the app stores.

This spring PuzzleSocial created a Lite HTML5 version of their game and began testing distribution on the mobile web.

In less than three months and with a limited rollout without any paid traffic, the game has generated over 210,000 unique game plays. More importantly, roughly 10% of the people playing the HTM5 version of the game on the mobile web are then making the decision, completely un-incentivized, to download the full version of the game for permanent residence on their device.

This is the ultimate qualified user.

Get them playing, not downloading

Recent market studies have highlighted to game studios that the current approach to cost-per-install campaigns within the app stores is proving to be the least effective way of building an audience.

CPI campaigns within the app stores are the least effective way of building an audience.

The crux of the problem lies in the fact that the games themselves are currently tethered only to the download-only app store economy, forcing users to install games that they have not yet played, with no guarantee that they are games they will even like.

Because mobile web games are distributed via a URL, games are always just one tap away from being played, and once your game is being played, that is when you as a studio can really start to build your audience and your business.

You can find out more about TreSensa's services via its website.