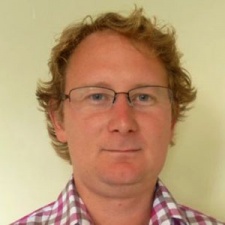 In the F2P game market a lot of attention is paid to day 1 retention - the fraction of players that return a day after install - and rightly so.

A good value for day 1 retention is 50% and many games tread water at around 20-30%. The implication of this is that for every player that installs your game, you are lucky if half ever come back.

This is not only demoralizing but also costly in an age where it may cost $1 or more to acquire a player in the first place. However, focusing just on day 1 retention ignores a very important, but seldom understood, aspect of analysis; when and why do players spend money in F2P games?

At deltaDNA we took a random sample of one hundred of the games using our platform, and evaluated their day 1 and day 7 event data in order to answer this question.

The answer suggests a rethink of how we look at retention. Namely, is day 7 retention just as important as day 1? I would argue yes and give three reasons why I believe this to be the case.

For F2P games in our system, there is an overall payer fraction of 1% i.e. 1 in 100 players that install will eventually pay. However, roughly half of all players will leave after a single session, these fast churning players simply do not like that game and would never have been candidates for paying.

A more interesting question is; what is the fraction of payers to those that might have payed? i.e. if we could narrow our selection down to just players that enjoy the game and could have been enticed to pay, how many did?

Of course this is not something we can ever measure, and it ignores the larger problem of acquisition costs i.e. each installed player comes with a cost so we need to optimize the whole player base for monetization.

We can test this with data from games using the deltaDNA platform. For all players that played on day 1, 2% are, or will eventually become, payers.

Meanwhile for all players that played on day 7, 10% are, or will eventually become payers. Thus if you were able to boost your Day 1 retention by 10% you would only see an increase of 0.2% payers, while the equivalent boost to day 7 would give a 1% increase in payers.

Intuitively it makes sense that players who pay later will generate more revenue on average than those that pay in the first session. The argument to support statement this is simple, players who pay before they fully understand the game mechanics, or even if they really 'love' the game, may feel 'cheated' and hence are unlikely to pay again.

The economics of F2P are such that it is very hard to sustain a game on single paying users; if the payer fraction is only 1% and the cost of acquiring a user is $1 then the average paying user needs to spend $100 for the game to break even.

It is unrealistic to expect such a large spend in the first session of gameplay. However, if this is spread across multiple payments spread across a long period of engaged, satisfying, gameplay it is a more reasonable amount.

To try and support this view with hard number we again turn to transaction data collected for F2P games in the deltaDNA platform.

So players that pay later are, in general, more valuable. This is another reason to focus on day 7 retention.

While the FTUE has to be good for a player to enjoy the game, given the rapid proliferation of good F2P FTUE practices (e.g. immersive tutorials, 'spotlighting' of key features and progressive onboarding, player rewarding and appointment mechanics), it is common to see F2P games that have a well-designed FTUE (possibly fine-tuned by detailed analytics), but then an underwhelming core game loop.

To still be playing a F2P game after a week means that you have progressed past the early onboarding phase and are into the core game loop.

Players on day 7 are enjoying the game experience and are prime for a good monetization offer. Of course getting the FTUE is important, but while a good FTUE may boost day 1 retention, it can't drive player engagement and monetization on its own.

Isaac Roseboom is a senior analyst at deltaDNA