Okam Studio on its plans for cult comic Dog Mendonca, and the potential of the Latin America market 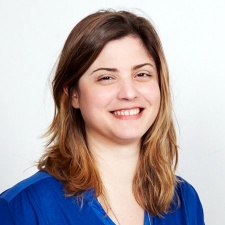 Whilst the Asian marketplace may be dominating the headlines right now, the belief is that Latin America could be the next giant market to emerge.

There’s certainly seems to be no lack of development talent as we discovered when we met up with Martina Santoro, CEO of Argentine outfit Okam Studio.

Martina Santoro: We started our studio when two companies joined together. One was focused on design and art and the other on coding. (It developed the Godot engine.)

We started with work-for-hire as an easy way of learning fast with less risk and we had some good experiences, but it wasn’t until we made our own first prototype of Legends of Mendonca that we did something we really loved.

What have you guys done previously?

We have done work-for-hire for games on PSP, mobile and PC. We also worked on The Unbeatables game that was based on the animated film of the same name. This was the first time we put our name on the game and it was amazing to see adverts for the film and game on billboards and on TV.

My mother still doesn't know what I do, but she was impressed when she saw this. I think the less your folks understand what you're doing, the better you're doing.

They were one of the first people to congratulate us on what we were doing, making our own engine, creating our own stuff. One of their executives made us sign a contract [on a napkin!] that we would take risks and not have fear of failure.

What projects are you working on at the moment?

We recently finished Ultimo Carnival, and we're currently working on our point and click adventure and some secret new projects. We have prototypes for PC, consoles and mobile.

As for Ultimo Carnival, it's a collectible game that mixes elements from RPG and puzzles. You go on an adventure with heroes to join a quest to bring peace to humanity led by king Mono, who plays the role of a god-king of the carnival in Latin America.

We are Latinos. We have another way of doing things.

We are partners with Square for this. We co-funded and co-developed it, and they told us do whatever you want. This was because Square was looking to create game primarily for Latin American market; different groups inspired by different tribes and carnivals (Amazons, Incas, etc).

This is an iOS and Android F2P game which is already out in Peru, then going to Argentina, Chile, Mexico and whole region. Then hopefully it rolls out to the rest of the world.

Why chose the carnival theme?

The game was for Latins by Latins. We know that Latin America is a mix of cultures - history from every region, immigration from Europe and Asia, etc - so it was a challenge to find a topic that could unite everyone.

There are lots of sad topics and history so we can't do war stories, but the spirit of carnival seemed a good way to celebrate and tap into the individual cultures.

So tell us about your other big project Dog Mendonca & Pizzaboy. How did that come about?

The comics were created in homage to games like Monkey Island and Grim Fandango and grew really big in Portugal.

We always wanted to make a game based on them, and the people creating the comic are essentially our best friends and business partners with the studio. So with the game we set out to tell the stories in between the comics.

There was a great press stunt with a fake story on national TV about giant spiders taking over the city.

This was effectively the trailer for the third book but we launched a trailer for the game using this same video as the guys are called in to save the world and that's the core premise behind the start of this game.

So what about the game itself? Will it be familiar to fans of Sam & Max and Grim Fandango?

The game is a point-and-click adventure with strong, witty characters and other elements from the classic LucasArts adventures.

The artwork is sort of similar and the humour certainly is.

We've almost finished the game - we already have 2 hours of gameplay - but need a final push to make it gorgeous and to finish it off, so we're going out to Kickstarter to get the support of the community.

We're a small team (18) but we're looking to bring in more guys to make it visually gorgeous.

When there are so many cheap game engines available, why do you have your own, and why's it called Godot?

Godot came partly from Wating for Godot the play, but also from a character in Phoenix Wright.

Juan and Ariel, the technical leads of the studio and fathers of Godot, have been working on this for 10 years. When they start making games there weren't engines like Unity, so it was the only way they could make games. They've worked for other companies since then but they use it for all their and our games.

It has an MIT open source licence, so anyone can use it. We know there are a lot of studios using it for games and it's especially suited for artists and animators coming to the industry, it's a very artist-friendly engine with a similar experience to building a scene.

For us as a small studio, it allowed us to take work from the programmers (we only have three) and offers a way of allowing dialogue writers and game designers to try stuff themselves.

Tell us about the Latin American market? A lot of commentators are saying it's the next big thing...

Well, there isn't one Latin American market. There's lots of different markets, like in Europe.

Currently the market is consuming everything that comes from outside. Developing games in Latin America for Latin America is hard. The audience has high expectations and the local studios have to compete with the global market.

There are some success stories, of course, like Ironhide - the studio behind Kingdom Rush.

One thing you need to know is that most of the phones in Latin America are Android, most don't have good internet connections, and there aren't credit cards available.

Would you say there's a distinctive style from Latin American developers? Any aspect they are particular good at?

The region has a turbulent history and some very tough times, which has bred a culture where we tend to make sarcastic jokes and laugh at adversity rather than cry.

What are your aspirations for the future?

We will definitely be making the Dog Mendonca games and we are also working on a game called Black Velvet Bandit.

Going forward we want to be making more our own titles and building a community that will love what we do.

Many thanks to Martina for her time.

The Kickstarter for  The Interactive Adventures of Dog Mendonça & Pizza Boy is live now.

If you want to hear more from Martina and more about the Latin American market, look out for our Latin American Mavens group (coming soon) or book a ticket for Pocket Gamer Connects London on 13-14 January where she will be speaking as part of our Global Mobile Games track.