How to pitch and win 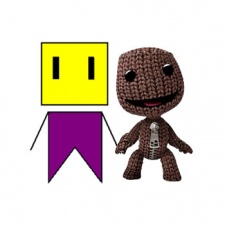 Have you ever seen Yellowhead? He's the blocky lead from the original concept game that the folks behind LittleBigPlanet first took to Sony to win its support back in 2006.

A video showing Yellowhead – a 2D, almost stickman-like fella who later became Sackboy – dancing around a similarly stripped back world was played by Dr. Maria Stukoff of PlayStation First during Manchester Tech Nights.

For a game with such an iconic look, it was something of an eye opener to see its more humble beginnings.

Dr. Stukoff's point? Too often developers pitching for publisher support try to come up with a finished article, when in reality, what the big boys and girls with the money want is an idea.

Great looks, shame about the game

Like opening an independent coffee shop and making sure you have an appropriate number of hipsters on staff, people expect indie games to come with a visually distinctive approach – they may not push the boundaries when it comes to hardware, but in terms of reflecting design trends and digital fashion, they're now meant to lead the line.

The end result of that, of course, is that many indie studios taking games to publishers are far more fixated with how their game looks than how it plays.

Many indie studios taking games to publishers are far more fixated with how their game looks than how it plays.

As Dr. Stukoff accurately suggested, a publisher can help with the overall sheen of your title – they can even suggest a different art style if they think it'll make the game more commercially appealing – but they cannot polish a turd.

Which is why, when you take a game to a publisher or a platform holder, it's the game concept – the bare bones of what people actually do in your game – that needs to be your focus.

Showing off a game that looks the part but is still sketchy when it comes to actual gameplay will do little but showcase the talents of your artist. If you can't explain, or demonstrate, what the goal of your game is in a few minutes there's very little chance the people you're pitching to will have any confidence whatsoever that you can deliver it.

As LittleBigPlanet proves, settling on a visual style is part of the journey, and something a publisher can actually help you with. Turning up with a game that looks fantastic but doesn't yet play well is the visual equivalent of pitching a fool proof monetisation method without a game in place to wrap it around.

A publisher won't make your game for you, but they will help you turn a promising concept into a commercial entity if they like your idea.

Don't get distracted by visuals. Don't lose focus. Don't spend your time searching out the next Sackboy when Yellowhead will do. Reply
Grant Davies
Complete opposite of our experience in pitching Fractured Soul. Publishers always told us they loved the gameplay, but couldn't offer us a deal for a variety of other reasons. And sometimes that reason was the art style. Often they wanted to see a largely complete product. As the other comments have said, unfinished or unpolished features were always a problem.
Posted 7 years, 7 months ago Reply
John Pickford
No it's not true in my experience. Most publisher want it to look finished will question anything that looks rough or unpolished right from the start.

I'm sure there are exceptions to this etc.
Posted 7 years, 7 months ago

Reply
gamesbrief
Is this really true? In my experience, game publishers continue to need to be "wowed". They can't see past the weak graphics to the amazing systemic gameplay underneath.

I think this is great advice if you are self-publishing. But typically, not if you need a publisher. Can any independent developers confirm if this advice is right, or if it is more a case of "saying one thing, doing another"?
Posted 7 years, 7 months ago