If a buyout is off the table, what's next? 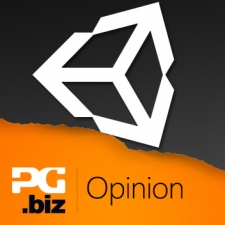 When Unity's PR contacted us with the news of Riccitiello's appointment as the firm's new CEO, they understandably pitched it as “big news”.

It's big not only because it signifies a change in leadership at one of the most influential firms in gaming  – including the stepping back of one of the company's founders – but also because it's not the news anyone was expecting.

Wasn't Unity meant to have sold up by now? Isn't that the news we've been told is imminent for months now?

I won't repeat myself – you can read why I think any sell up would more than likely signify the demise of Unity as the premier development engine for indies here.

Nevertheless, news of Helgason stepping back as CEO still calls up many of the same questions as a full-on sell-off would. Helgason is, for want of a better word, something of an industry rock star; collar up, confidence brimming, character in spades.

At Unite 2014 in Seattle back in August, he partook in an Ice Bucket Challenge. It grew a massive crowd, not because anyone really wanted to see the good man soaked through in freezing cold water, but because they couldn't quite believe that he would.

He's a big, big draw and he is no small part one of the major reasons Unity has successfully been able to transition from a small development engine indies tap into in their bedroom to a full on development brand – a company anyone and everyone wants to be associated with.

You have to ask, what exactly is Riccitiello being brought on board to do?

Putting his personal reasons for stepping down aside, it seems an odd move for Unity given his pull amongst the company's audience. So, you have to ask, what exactly is Riccitiello being brought on board to do?

Perhaps, you might speculate, Riccitiello's role is to prepare Unity for its next chapter in a manner that was beyond the curiously entrancing Helgason.

Had this move happened weeks ago – before Unity went on record to deny it was looking to sell up – the word “acquisition” would have probably featured prominently in any editorials or columns that followed.

If Unity is telling the truth, however, and it isn't looking to sell, then what benefit would a suit like Riccitiello bring to the table?

It's long been my view that if the folks at the top of Unity are looking for a way to accelerate the company's growth, a large injection of cash gained by floating on the stock exchange is the most logical course of action.

Perhaps, then, Riccitiello's job will be to serve as a figurehead that potential investors recognise and trust. To put it simply, he may be there to paint Unity in more business-friendly colours.

It's a punt. A guess. Idle speculation, if you like. Nevertheless, Unity billed Riccitiello's appointment as “big news”, and it's hard to believe he's taking over to maintain the status quo, running the ship in exactly the same way as his predecessor.

We don't yet know the final destination, but it would appear the good ship Unity is changing course.

Unity's John Riccitiello: The world would be a better place if there were more creators