Pixelberry on when the real work started 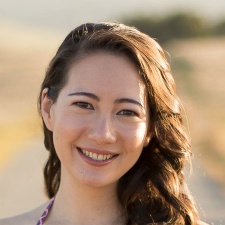 Pixelberry’s debut game High School Story hit number 10 in the top grossing chart on the App Store for a glorious ten minutes that will forever live in our memories.

If you've read the previous articles in this series, you know that our team was obsessed with tracking our placement in Apple's top charts. Hitting number 10 was a milestone we hadn't even dared to dream of.

We hoped to stay there for at least a few days, or maybe fall back down to 11. A few optimists even thought we'd go higher. No one expected us to plummet down to 40 in the blink of an eye.

Oliver Miao, our CEO, still remembers when he first saw High School Story in the number 10 slot - he was at a stoplight checking the rankings and had just enough time to grab a screenshot.

By the time he made it home, our ranking had plummeted to 40.

We’d spent weeks tracking the rise and fall of apps in the rankings, and nothing we’d seen had prepared us for this. Usually, an app gracefully falls from the top tiers of the app store over the course of days - at the very least, over the course of hours.

For a team as obsessed as we were with the iOS charts, this was a devastating blow, and one that we couldn’t understand. We checked our download numbers, and nothing seemed to have changed. And in the days after, our revenue numbers were actually higher.

When you're a developer watching the iOS store, there’s a lot of guessing and not many answers. We still don’t know exactly what happened, though we’ve speculated that Apple introduced a change to their algorithms that adjusted how the rankings were being calculated, and our app came out on the worse side of it.

Popular guesses in our office included:

One thing was clear. We couldn’t control our app’s ranking.

But in a way this was a good reminder that there were many other factors that we could influence, and so we redirected our attention to customer service, paying attention to reviews, and updating the game.

We had always believed strongly that the reviews for High School Story would be an important part in the app’s success.

We had always believed strongly that the reviews for High School Story would be an important part in the app’s success.

Your app’s reviews are more or less free market research. You’ll hear exactly what people love, what they hate, and what they’re demanding. You’ll also be able to spot the pain points in your game. Through our reviews, we saw when people gave up, what frustrated them, what they found the most confusing.

It was particularly painful to see reviews that were incorrect. One example is a common complaint we saw that the player needed books to progress in the game.

In High School Story, players collect books to level up their characters. You can get books by farming them or by finishing quests, but you can also purchase them from our store. We were seeing players quit because they didn’t want to spend money, and they thought purchasing books in the store was the only way to get them.

Most interestingly, we saw a high number of reviews where people raved about loving the app, but would give us one star, which would be accompanied by a demand for more premium currency, more free content, or an update with a new feature that they wanted to see.

We called these reviews ‘negs’, thinking of them as similar to the practice of giving a compliment nested in an insult as a way of getting someone’s attention.

While these players actually liked the game and wanted to keep playing, they were savvy enough to know that the squeaky wheel is the one that gets the grease. It was clear that they hoped a one-star review would get our attention.

In fact, we reasoned that these might be some of the most passionate players - ones who cared enough to put thought into what they wanted and were engaged enough to go the extra step of leaving a review.

And so we adapted. We changed our update plans to get in the most requested features, but we still couldn’t everything that was asked for in immediately. At the same time, we wanted players to know that they’d been heard - preferably in a way that prevented them from hurting our game’s performance by giving us these one-star reviews.

There’s no way to reply to a review on the App Store, so we saw that we needed a way to reach players faster, before they hit the point where they either gave up in frustration or left us a bad review to get our attention.

We wanted players to know that they’d been heard.

Our answer to this was Helpshift, a tool that let players send us messages directly from the game - and that let us answer them immediately. Helpshift also lets us introduce an FAQ that players can access online or through the game.

When we first introduced Helpshift to the game, it became clear that our customer service team (myself and the two high school interns) would no longer be enough to respond to all of the questions.

We placed an ad on Craigslist to hire a customer service representative. By the time we interviewed candidates, we ended up hiring five people to fill out our new Player Specialist team.

We were paying attention to our players, reading their reviews and responding promptly to their messages - our goal then and now is a less-than-24-hour turn around time for tickets.

We were doing everything we could think of to keep players around once they’d found the game.

And it worked. Players responded with 4 and 5 star reviews - even now, our star rating on both iOS and Android is over 4 stars.

And even more importantly, players stuck around. We saw 30-day retention rates of 21.81%. We were also seeing organic growth from people sharing the game with their friends on Twitter, Tumblr, and Facebook.

Our game continued to descend in the rankings, though at a slower pace. Seeing the game drop had been a blow to Pixelberry's morale, but we were able to refocus on supporting High School Story and cultivating our fan base.

The game was starting to find its following ... and High School Story’s journey was just beginning.

Inside The Game: The thrill and terror of High School Story's launch

Inside the Game: How we gave High School Story players a voice and increased engagement