Microsoft has put the Finnish giant to sleep, but don't bet against it waking up 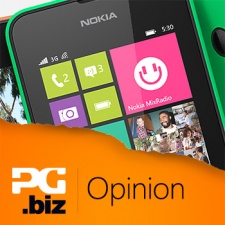 "Everybody loves a comeback," proclaimed Nokia proudly over social media at the dawn of its Lumia adventure.

With Stephen Elop at the head of the ship, Nokia was sailing into uncharted waters, adopting a platform it didn't have control over and that - at the time - was itself floundering.

Some brave editorials predicted Microsoft plus Nokia would equal dominance. Most, however, illustrated the sense of confusion that dominated the industry.

Why oh why didn't Nokia plump for Android – a proven, established platform that was beginning to give iOS a bit of a kicking in plenty of markets – over Windows Phone, an OS that didn't boast a double digit market share in any major territory across the globe?

There are two answers for this.

Firstly, as we now know, Elop was there to prep Nokia – or, at least, a part of Nokia – for a Microsoft acquisition. There's no way on earth that the Redmond giant would have bought an Android OEM.

Everyone but Samsung struggles to make much of an impact on Android.

Secondly – and arguably more importantly – at the time and even to this day, everyone but Samsung struggles to make much of an impact on Android.

Much to Google's annoyance, no doubt, Samsung is the behemoth and everyone else scraps around in its shadow for whatever market share they can muster.

Despite Nokia's flare for design and continued brand loyalty in Europe, there's very little to suggest that the Finnish firm would have found its feet on Android any quicker than it did on Windows Phone. At least on Microsoft's platform it was allowed to be the bigger fish; hell, even the likes of HTC and LG dabble in Windows Phone just to have an option other than Android.

Of course, we now know where the Nokia and Windows Phone story ended: with the launch of the flagship Lumia 930 earlier this month. That looks very much like it'll be the last major smartphone release with Nokia's name stamped over it.

Well, for a couple of years at least.

Indeed, hidden amongst the details of Microsoft's Nokia acquisition – which, we must not forget, was for the firm's Devices & Services division only – was the fact that Microsoft had not purchased the Nokia name as part of the deal.

Confusion and apathy is something that continues to dog Windows Phone at retail.

In terms of smartphone releases, Microsoft paid for an 18 month license to use Nokia's name on its smartphone handsets – a transitional period, if you will, to enable Microsoft to transition Lumia customers over to its own brand without them being left confused.

One of Windows Phone's biggest problems was always that it had too many brand names. While Android tends to hang in the distance – to this day you'll find Samsung Galaxy owners who have no idea what OS their phone is running, or even what an OS is for that matter – Microsoft wanted to push Windows Phone as part of the Windows family.

Nokia, of course, was interested in pushing its own name and the Lumia brand, meaning that for your average mobile phone shop assistant, there were simply too many words to tick off.

"Well, you can buy the latest iPhone. It's made by Apple. It runs iOS. Or you can buy a Nokia Lumia 930, which runs Windows Phone 8.1 – the mobile version of Windows. No, it isn't exactly like Windows. Well, yes, you can run Office on it. And, yes it's a Nokia, but no you can't play Snake on it."

I remember when myself and PocketGamer.biz editor Jon Jordan ventured into Manchester at the time of the launch of the very first Windows Phone 7 handsets to ask retailers if they were going to stock any devices running the OS and whether they would recommend them.

One chap in (the now defunct retailer) Phones4U told us we should buy an Android instead. "But won't Windows Phone run Xbox Live, because it's Microsoft?" asked Jon.

"Maybe you'll be able to get Xbox on Android in future," he remarked in response.

Confusion and apathy is something that continues to dog Windows Phone at retail. Few stores are fully behind the OS – even if their advertising suggests otherwise – because most of the shop assistants are tooled up in little more than iPhone and Galaxy S knowledge. It's little wonder Microsoft wants to streamline its sales pitch, stressing its own brand and that of Lumia ahead of any others.

The off-shoot of this, however, is that the Nokia brand will soon be back in the mix and, as some commentators have noticed, that's something the Finnish firm is very keen to stress.

The long and short of it is that, while Nokia and Windows Phone may have reached the end of the line – Microsoft having nabbed the expertise to build its own handsets – there's every chance that the Nokia name could return on smartphones within a couple of years.