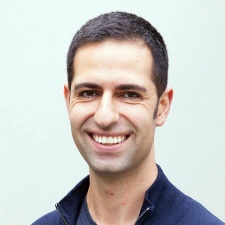 Adam Foroughi is the CEO of US mobile marketing company AppLovin.

If anyone doubts the opportunity that mobile advertising represents, look no further than Facebook. More than half of Facebook's ad revenues (62%) come from mobile as of Q2 2014.

When Apple launched the App Store in 2008, a new market of powerful and intuitive applications was created. Soon after, Google got in the game with Google Play (initially called the Marketplace).

App publishers quickly realized that in order to get noticed, they needed enough installs to get their app listed in the Most Popular Apps charts, which meant massive downloads.

Over 33% of users download an app and never open it again.

Mobile ad networks developed campaigns that were primarily focused on getting installs to move their app up the charts, and suddenly there was a bounty on every user. App publishers optimized but only against what they were paying for in installs.

In the hyper-competitive app market, advertisers found they needed to spend to get users.

When apps were high in the charts and easily discoverable, publishers got more organic installs. App publishers were tracking their paid installs and knew they weren't always high quality, but because more installs lead to a higher chart ranking that yielded quality organic installs, they settled for it.

Money down the drain

As the market progresses, it continues to become competitive. App publishers need even more installs to rank in the charts, and the organic installs have started to diminish as users become more picky. CPIs are high and are predicted to double in the next twelve months.

But app publishers are adapting.

With more sophisticated tracking, they can tell it doesn't work to merely cross your fingers and hope that the install you bought will end up an engaged user.

In reality, over 33% of users download an app and never open it again, and if a user doesn't return to an app within the first week, there's a 60% chance she never will.

Two key factors are propelling the mobile ad industry forward: smarter advertisers and technology that empowers them to approach mobile advertising in a similar (if not better) way that they've historically approached digital advertising.

This, coupled with in-app tracking, is making it easier for advertisers optimize the entire mobile ad experience and use mobile to acquire new loyal consumers to their brands.

Like Billy Beane in the book (and film) Moneyball, advertisers are looking to the data to find new ways to profit.

Rather than just optimizing for installs, they are optimizing for the Lifetime Value (LTV) of a customer and focusing their campaigns on actual returns.

Specifically, advertisers have come to learn that getting installs is only the top of the funnel, and it doesn't always translate into a return on investment.

What is key is getting the right kind of installs. The right installs come from people who have a better chance of engaging and are more likely to become loyal users.

Through programmatic buying, which uses sophisticated algorithms to find the best users, app publishers are able to drive better quality installs at scale.

Moving down the funnel, app publishers now use retargeting campaigns to re-engage users so that they transact in the app over and over again. By showing ads based on a user's browsing and buying behaviors, which can be learned at scale, the user's brand loyalty and LTV ultimately increases.

Mobile has become a "full-funnel" marketing model that allows app publishers to set revenue targets and get what they want out of a campaign.

Just like in baseball, brands need to engage a the best players, and the teammates (partners) they draft will help them win the mobile game. We're still in the first inning for mobile. Brands that spend smarter and make buying decisions based on data will win loyal consumers without having to spend the most.

As the CEO of AppLovin, Adam Foroughi leads the company in vision and strategy. His unique blend of product focus and creative thinking keeps the AppLovin team in motion.

Adam began his career as a derivatives trader, where he was inspired by scalable high frequency trading models. Over the next decade, he applied this knowledge to ad tech at three companies he founded: Lifestreet Media, Social Hour, and AppLovin.

Today, Adam continues to refine - and demonstrate - his theory that better business results come from smarter algorithms and better data.

How to grow a profitable audience within a niche genre