Nothing wrong with paying to play 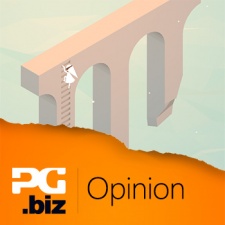 Yesterday, I went to my local supermarket. I filled up my trolley, as I do pretty much every week, with almost the exact same assortment of items – the staple bachelor diet: 12 packs of overly salted microwaveable noodles, tinned soup and a pack or two of instant mashed potato.

I couldn't believe it, however, that when I attempted to roll my trolley straight past the tills and out of the exit, I was stopped by security and told that they wanted me to pay for them!

I explained in as reasonable fashion as I could muster that I buy these goods each and every week in their shop and, to be frank, I wasn't entirely sure why I should have to keep on parting with my cash for them. What a cheek! What a nonsense! What a farce!

I'll have you know, I gave that particular branch of a well-known supermarket chain a one star rating on Yell straight away! Well, as soon as I got out of my police cell, anyway.

I am, of course, being incredibly, incredibly amusing here to make a point: The furore around developer ustwo charging £1.49/$1.99 for eight new levels – the Forgotten Shores in-app purchase – in Monument Valley makes absolutely no sense to me.

There's a belief that paid games shouldn't have in-app purchases.

When Forgotten Shores became available in Monument Valley, the developer took to Twitter to touch on the dismay the team felt at the fact that the game was now being flooded with 1-star reviews on the App Store as a result, with some gamers demanding that the new levels be added for free.

I understand – or, at least, 'grasp' – the bones of their argument: at a base level, they've previously paid for the game and, rightly or wrongly, there's a belief that paid games shouldn't have in-app purchases, that everything beyond that opening pay wall should be free.

But, while there's a legitimate argument to say that it's unfair (or, at least, a bit cheeky) for paid games to make money out of consumables, being put out because a developer dares to charge for fresh playable content is beyond me.

Within Forgotten Shores are eight brand new levels – levels as big as those in the original line-up and, given the game only launched with ten stages anyway, a package that almost doubles the size of the game as a whole. For anyone to expect these levels to be bolted on for free, out of the goodness of ustwo's collective hearts, seems a little bizarre.

In essence, I think what we have here is a debate about delivery, rather than the content itself.

A matter of value

What ustwo has offered up is a perfectly valid value proposition; eight new levels, or a couple of hours worth of play, for a couple of dollars. That's less than 25c each for a stage.

If, instead of adding it on to the existing game as an epilogue, ustwo had launched Monument Valley: Forgotten Shores as a stand-alone, bonafide sequel – as it would be perfectly entitled to do – I doubt we'd have scores of gamers giving it a bottom-of-the-barrel rating on the App Store because the developer was daring to charge for it.

The fact that, wisely, ustwo has opted to strap it on to the original app, causing it to (in theory) rise back up the download charts as it gains some extra exposure in the press and across social media should not matter. The nature of the way games are sold has fundamentally changed since the boxed-goods days, and it should be inconsequential whether it comes as an app on its own or as an added purchase for existing owners.

Are eight new Monument Valley levels worth a couple of dollars? Yes.

Indeed, you could argue that ustwo is actually limiting its purchases given that anyone who may have been tempted to pick up Forgotten Shores as a well-rated sequel may well be put off by the fact that they have to buy the original as well in order to gain access. That's, ultimately, a decision every developer behind a successful game has to decide for themselves.

What is doesn't change, however, is the base question: Are eight new Monument Valley levels worth a couple of dollars? Yes.

Is ustwo legally and morally within its rights to charge for those levels? Absolutely.

But, will this be the last time a case like this blows up? Depressingly not.

Reply
Chris Noeth CEO at McPeppergames
Running to Starbucks and spending 4 bucks on coffee is okay but paying 2 bucks for high quality game content is making a lot of gamers mad. I guess this maybe comes with the mentality that often people think they buy the software with the device. So they often get uncomfortable with the first purchase of a paid game and paying AGAIN for an update of exactly THIS game drives them crazy. The info that creating high quality games costs developers a lot of money is not getting to the majority of players.
Posted 7 years, 7 months ago

Reply
nadav bar kama project manager at NAFNA CREATIVIDAD TECNOLOGICA SL
hello keith, first let me recommend you improve your diet habits.
i totally think that it is OK and necessary to pay for extra content, especially when the 8 extra levels fall well within the price of the first batch of levels!
unfortunately it is not i (or you, or Ustwo) that dictate market behavior. different industries react in different ways ... so your supermarket story although amusing is out of place.
it is not the market that has to adapt to us "industry professionals" it is us that have to adapt to them ...the same thing happened with the BADLAND expansion pack, i think it is beyond doubt the high quality effort and time put in both expansion packs ... but the market does not want that, the majority of users don't like that ... "if you can download a movie for free, extra content should be free" seams like an understandable state of mind ... that's sad, but that's the way it is ...
do i have a solution? no. i can only imagine that a new package, a few design feel&look touches an independent app listing might help ... i hope.
i would by Forgotten Shores from the makers of MV for 3$ ...
lets hope that a few million more will as well. great game, great team ... bad situation. sometimes life sucks, but when it doesn't its great!