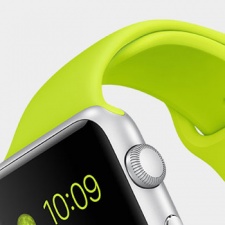 After you've dropped hundreds of millions of dollars on making a blockbuster movie or game, you dance a very careful ballet of truth and lies when it comes to the hop, skip and jump that's the period between your press announcement and first contact with paying customers.

At the beginning of September, Apple CEO Tim Cook eagerly announced the company's first venture into wearable tech. It wasn’t unexpected, either in terms of revealing a smartwatch or, particularly, its design. It looks brilliantly clean - Apple’s stuff always does - and at the time it had most of the features we expected.

After all, this is the first Apple product fronted by Cook: perhaps that was the reason he was so eager to run on stage with it.

Since then, though, things have gone quiet on the Apple Watch front, publicly at least.

Sure, developers now have access to the WatchKit API, but there are still key things about the Apple Watch range that consumers don't know. Like when it's out and how much the more expensive ($349+) options cost...

To that extent, we've been left to fill the information gaps ourselves, and that's not panning out so well for Apple.

This isn't necessarily just because of those gaps, however. It's just that September is a long time ago and when it comes to rivals, well, a lot of those other companies have announced smartwatches, and hey - you can actually buy some of them now.

Indeed, in the time we're been waiting for Apple Watch, Pebble is now designing its third generation smartwatch and Samsung's onto its fourth generation.

And there's still at least two months - or perhaps as long as five months - to go before any paying punter will be strapping an Apple Watch to their wrist.

Taking another angle, we heard as much - perhaps even more - about the Apple Watch’s different straps as we did about its technological innards.

We also discovered it’ll come in two sizes, and that there’ll be a gold version (rumoured to cost at least $5,000) to match the copy of The Financial Times that’s folded up beneath your arm. We were told, quietly, that the Apple Watch is a fashion choice, and not a decision to be based on technological function.

This isn’t necessarily a bad thing when it comes to wearable tech. This realm of personal electronics demands a style angle - hence the interest in the round Motorola 360 - and a certain group of early adopters will undoubtedly be willing to sacrifice a function or two for the watch, or glasses, or headset that appeals on a superficial level.

It's not clear that the Apple Watch boasts enough variety to satisfy this fashionable edge, however. If you don’t like the shape, no amount of straps or ostentation is going to change that.

Tethered to your wrist

But perhaps the biggest issue is that it's clear that the Apple Watch needs an iPhone 5 or 6 nearby if it's to live up to the smart part of its nature.

This isn’t uncommon with current smartwatches, so we’re not shaking a chastising finger purely in Apple’s direction, although Samsung's Gear S gives you the option to slip a SIM card into your watch should you want to (and mobile operators would really like that.)

More generally, Apple's vertical integration - which is good for the fanboys and ensures a premium user experience - is also being eroded in the face of the open nature of most Android Wear smartwatches, which will work with any up-to-date Android phone.

How much you can do with an Apple Watch if you don’t have an iPhone?

But perhaps that’s a discussion for a different time, because what Cook has failed to elaborate on is how much you can do with an Apple Watch if you don’t have an iPhone.

Either way, large segments of its potential audience will have been sliced away.

These questions might yet be answered, but not this side of 2015. By the time we know where we’ll all stand with the Apple Watch, Cook and his team will have had to combat a world of preconceptions that have grown from a vague and premature unveiling, and with a certain percent of their early adopter wrists already loaded with Pebbles, Gears or Motorola 360s, not to mention the next generation of smart fitness bands.

Maybe when it comes to announcements, Tim should have taken a leaf out of the classic Jobs' playbook: Never announce anything unless your audience can pre-order it next week.