The birth and death of mobile: My 8 years at Pocket Gamer

How we got here and where we're going 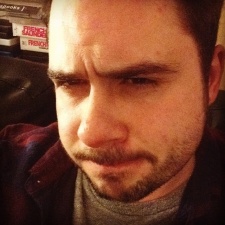 For the last few weeks leading up to this, my final day at PocketGamer.biz, I've been telling people I've worked on the site (and PocketGamer.co.uk) in some capacity for just over seven years. It would appear somewhere down the line I mislaid a good 18 months.

Having found what appears to be the very first article I wrote for the site – and, no, I don't actually remember it – it seems I actually started work more than eight years ago, with said piece coming with a time stamp of 1 March, 2006.

I can't remember the game. I can't remember the words the then 23 year-old me no doubt hastily put together and, in truth, I can't even bring myself to read it. No doubt, whatever I said back in 2006 I would say very differently now, but that's what a near decade's worth of experience will do to you.

What I do remember, however, is the era in which said release – FDG Entertainment's Puzzle World – existed in, and how fundamentally different it was to the mobile scene Pocket Gamer now covers.

Back in 2006, Pocket Gamer (and, indeed, the industry it was covering) was a Java machine. A relatively small selection of publishers pushed out J2ME releases from a slightly larger selection of developers (many of whom graduated to launch some of mobile gaming's biggest IPs) across a range of operator-run, or OEM-led, mobile stores.

Installing the games was a confusing process. At one point, I had three Java-capable handsets, and rare were the weeks when at least one of the games I was tasked with reviewing wouldn't run on any of them.

Sometimes the sound wouldn't work, or the language settings were incorrect. Sometimes the game was the wrong resolution for your handset's screen, or colours would display incorrectly. Or, more often than not, the game simply wouldn't run or even install. Before you got to playing the games, actually getting them onto your handset was a challenge in itself.

I had three Java capable handsets. Rare were the weeks when at least one of the games I was tasked with reviewing wouldn't run on any of them.

The dawn of smartphones – and their associated app stores – briefly gave the illusion that we were heading for simpler times. With just a couple of taps, someone could pay and install a game that – in the case of iOS, at least – would almost certainly run on their handset. Even the fragmentation issues that dogged Android in its early years were nothing compared to those that had defined the Java era.

Problem is, with iPhone and its brethren came a whole new set of problems.

I remember when my boyfriend at the time ordered an iPhone from the US for launch. It couldn't send picture messages, calls were frequently dropped and, touchscreen aside, I couldn't really see the point of it.

Until, that was, he jailbroke his device, downloaded a simple little app that played a few seconds from the songs in his music library and tasked you with guessing what they were.

Apps weren't new to me, even if the name 'app' was. I'd downloaded a few for my old Nokia 6600 a few years before – an egg timer alarm app, I seem to remember, and a text delay program that let you send out SMSes on a pre-defined schedule. These things, though novel at the time, are now often part and parcel of the OS itself. And, even if they aren't, you can download an app that filled that void a matter of seconds.

Well, if you can find the one you want, that is.

The problem that no-one foresaw with the rise of smartphones and then, a year later, the launch of app stores, was just how difficult it would be for consumers to find the content they were after and - tracking the relationship the other way - developers to reach an audience.

Smartphones have become so ridiculously popular so fast that, like a gold rush, developers large and small have rushed towards them, chucking apps and games at them from all directions.

The rise of free apps from 2009 onwards initially gave those daring enough to hop aboard some added exposure, but just a few years later free apps were no longer the curious exception and were, instead, firmly the norm.

As a result, finding an audience and holding onto them became an exact - and rather lucrative - science. Whole conferences became dedicated to methods of engaging players, to the point where (sitting in on a fair few of them in my time) the notion of gameplay for the sake of fun frequently got lost in all the panic and the noise.

Coupled with this was a sustained effort by Apple – still king of the castle when it came to the world of mobile games – to shut down any company looking to offer developers some extra visibility, legitimate or otherwise.

For better, for worse

Which leaves us in the situation we're in now: A mobile market where the number of developers working within it is many multitudes higher than when I first started covering it in 2006, with revenue generated from hardware and software alike similar multiplied, but with seemingly fewer and fewer companies actually making a living wage from it.

The mobile platforms that were once out on their own have become part of the gaming establishment.

Mobile grew up damn quick. Its endearing toddler stage was over in a flash. It went through puberty in a matter of seconds and came out the other side with a full beard and chest rug before most of us were even able to walk. It's flown straight into middle age – where an established few rule the roost and new blood finds it difficult to rise to the top – and now seems rooted there; the very definition of a victim of its own success.

I have developer friends who, when the App Store first hit the scene, were exclusively mobile who now, six years on, have dropped it like a stone.

They will, of course, come back. Not because the lure of iOS, Android and co. will draw them back in, but rather because, for better or worse, the mobile platforms that were once out on their own have become part of the gaming establishment. Game engines are dead in the water commercially if they don't support mobile and, while the likes of Ouya and GameStick have learned the hard way that mobile games don't work on console, mobile is now firmly part of a much wider ecosystem. That's not going to change in the years ahead.

Indeed, the idea that Pocket Gamer only covers devices that can fit in your pocket effectively disappeared with the launch of the iPad. This site, like the developers that read it, is opening up to the changing nature of the games industry, and I wish it well in that endeavour.

Which is why I no longer refer to myself as 'mobile games journalist'. Mobile is dead. It's been absorbed by the industry as a whole. On the whole, we're now accepted, welcomed, even cherished by gamers and developers alike, which is something that would have seemed utterly impossible back in 2006.

Are we in a better place because of that transition? Has all the change been for good? I'd suggest not, but if the next eight years prove to be as interesting and as challenging as the last, the pages of PocketGamer.biz will remain many people's first port of call. Reply
Chris Noeth CEO at McPeppergames
Thx for all the great articles and best of luck for your future projects!
Posted 7 years, 6 months ago 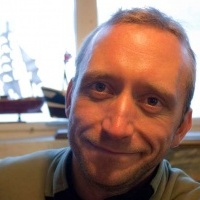 Reply
Juraj Hlavac Director of Development at Game Collage, LLC
I enjoyed reading your editorials, Keith, and very much look forward to seeing your future stuff, whatever it may end up being. Best of luck!
Posted 7 years, 7 months ago

Reply
AppFreak
All the best in your future project. It's been a pleasure reading and listening to your opinion.
Posted 7 years, 7 months ago Reply
Brian Akaka
Best of luck to you Keith! It's been a pleasure reading your articles over the years.
Posted 7 years, 7 months ago

Reply
Thomas Nielsen CEO at Osao Games
Thanks Keith, for all the great content over the years! It's amazing how much has happened since Nokia 3300 was king of downloads. :)
Posted 7 years, 7 months ago