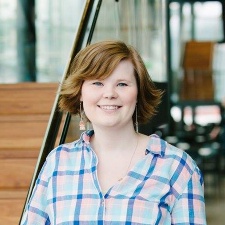 Finland, and especially Helsinki, has been the place to be for the game industry in 2014 with a constant stream of amazing industry-related events happening here.

During the spring and summer, our capital hosted events such as Games First, Arctic 15 and Pocket Gamer Connects.

I started working in the game industry hub Neogames Finland eight months ago and participated in Slush for the first time this year.

Slush 2014 was bigger than ever with almost 15,000 participants from all over the world. It was also the biggest start-up event ever organized in Finland with five stages and a large variety of inspiring presentations. In Finland the economic pages are mostly filled with news regarding recession but Slush showed a completely different atmosphere.

And the energy was contagious.

The moment I entered its buzzing halls, it was great to see so many of the global game industry present. It was same meeting all the people too. There were so many interesting people running from one meeting to another, or listening to speakers that (at least for me) the event became a true networking challenge.

Slush 2014 was bigger than ever with almost 15,000 participants from all over the world.

Luckily there were tons of side events such as Pocket Gamer's Mobile Mixer, where it was easy even for the most shy Finns to meet loads of inspiring key industry players.

All-in-all, it can be concluded that the game industry was well represented at Slush 2015. Over 100 game companies participated including international giants such as Tencent, Nintendo, SkyMobi and Nexon.

The Gaming track on the Black stage demonstrated some of our rising stars. There was even a live demo of Yoga Retreat, from Gajatri Studios, with some relaxing breathing exercises, while on the Silver stage, we saw Next Games announcing its first original IP, the western-styled card game Compass Point: West which will be released in February 2015.

It is a well-known fact that Finnish game companies don't mind sharing tips and helping each other, and Slush was a prime example of this unique industry culture.

Next Games, Remedy, Rovio and Supercell sponsored 50 game startups to showcase what they're working on. There were two game startup demo areas filled with new talent, testing their pitches and sharing their ideas.

For me this is the best thing about the Finnish game industry: it's only positive if others succeed and helping them out to do so is a norm.

But beyond successful companies, Slush is all about talented people. One of the most interesting discussions I had concern women supporting each other and learning to develop computer games.

Little girls don't know they are not supposed to like computers.

IGDA Finland has organized meetings and mentoring for female game developers and women interested in game development over the past couple of years and it seems these meetings are now showing real results. I also learned that in Sweden there are events where women gather in a pub to code and hang out.

As Linda Liukas said in her Slush talk: "Little girls don't know they are not supposed to like computers".

The Finnish and international press has been eager to post articles from Slush 2014 and no wonder. It was a gathering like no other. We heard insightful speeches, fresh ideas and innovative thoughts.

See you there next year?

Emma Ronkainen is the assistant office manager at Neogames, the hub of Finnish game industry.

Emma's backround is in mathematics and teaching but she has now found her true calling in the game industry.

Emma is all about events, Finnish and foreign; mobile games and cakes.