You can easily handle PR on your own, can't you? 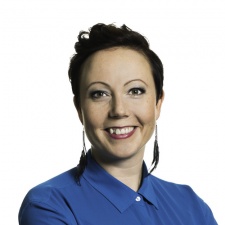 Merja Turpeinen is the founder of Finnish PR agency SagaSocial.

You are a mobile developer about to release a game.

Your game's launch is just around the corner but the game is so freakin' awesome you don't require any PR - it is definitely going to get noticed.

Of course, you've timed the launch for Thursday; the game must be featured on the App Store. So you release your game and there it is, amongst the hundreds of others in the store.

But hold on, what's going on?

You write a press release. You buy a media list online (or get one from a friend for free), and send the release to the contacts on the list, and boom - tons of visibility and hundreds of articles, which your free analytics tool shoots over for you.

Time spent: a couple of hours max. Result: dozens of investors calling and inquiring whether they can invest in your company.

PR is not about sending press releases; it's about being visible and standing out, so be unique.

Sounds too good to be true? Well, it is. Because you are not yet a world famous game studio such as Supercell, and that media list contains endless rows of outdated contacts.

You could have saved a lot of time (which equals money) and avoided these headaches by using PR professionals to handle your announcement.

After working in PR for over a decade, on both the client side and now more recently on the agency side, the advantages of PR agencies and making the public aware of your company and product are obvious to me.

"We wish to put our full focus in developing fun games and because of our great PR agency partnership, we don't need to be experts in PR," comments Markus Pasula, CEO of Finnish mobile game developer Grand Cru.

In many cases, the smaller game studios simply don't have the resources or the contacts to reach out to the media, whether it is YouTubers, tweeters or traditional media.

A small studio also doesn't necessarily have the experience to create the correct messages to gain media attention. I often come across cases, in which the client believes their message is very strong even though from a wider perspective, it doesn't have what it takes to generate interest.

What a PR agency can do for you

Public relations is not rocket science. If you have the right contacts, you know what kind of topics and issues are newsworthy, you know how to write, and you have the time and resources, then why not do it yourself?

However, PR professionals can offer you:

"The local media contacts and knowledge of the culture are crucial, if you aim to reach a local target audience, say Italy, like we at MAG did when launching Ruzzle Adventure," says Daniel Hasselberg from Swedish game studio MAG Interactive.

And it's not just game launch announcements you should communicate.

Public relations are a tool to help you accomplish the goals determined in your business plan. Your plan is to head towards that goal, so what can PR do to help you hit that goal?

Your story lives and develops, and you should communicate it - persistently.

Everything should be linked to your overall business strategy. Your story lives and develops, and you should communicate it - persistently.

It is invaluable for a company to create a story that backs its strategy. While this can seem like a daunting task, PR agencies are experts at guiding you towards a meaningful story and sharpening it along the way.

In this context, the importance of public relations has grown in the free-to-play era.

If you release a free game, it's hardly enough to announce it's out, even if your game is Featured for a week on the App Store. Unlike paid games, F2P games don't generate their revenue during the first days after launch. Hence you have to communicate about your game for a longer period.

And don't forget that PR and media aren't a tool for user acquisition, but they are necessary in terms of telling the world about your game.

This sort of positioning is important if you haven't released a game yet, or even if your game hasn't turned out to be a huge success. If your story and team are already known, it makes it easier to talk to your stakeholders, whether this is a potential investor or employees, partners or gamers.

Equally, if you have been written about in the media before, you're more likely to get attention the next time around. So start thinking about your story early enough, not just at launch.

PR is not about sending press releases; it's about being visible and standing out, so be unique, and have something different to say.

All-in-all, if you don't have any marketing dollars nor any magical spells with which you can affect your game's success, then I suggest you have some sort of a plan to PR your game.

Start the planning early enough to get the best results!