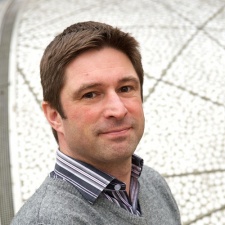 So, what's the best way to make money in F2P mobile games?

Is it best to set the game up so you monetize early with pinch-points at the risk of putting off players, or do you play the long game? Is Social virality the key? And when is the best time to make an in-game offer?

We all look for the golden answer or quick-fix to generate income from our games, and there are many different factors to consider in the process.

It's easy to agree that once your players have downloaded your game, they need to come back. Day-one retention is vital, and on-boarding must be a positive and rewarding experience.

But this alone is not enough. As a games developer, you want to be paid for your endeavors.

The player insights that pay

The following selection of statistically derived insights is based on sampled game data held on the deltaDNA games analytics platform.

The data reveals some key facts about players and their behavior:

Lifetime Value (LTV) of a player is the key measure here. The longer a player waits until they pay, the more they will pay over their entire engagement with the game. Pushing too hard, too early for payment can therefore be detrimental.

One-off payment is not enough

Roughly half of players (52%) who ever pay in a game only pay once and have a much lower average spend ($8).

On average, 18% of players pay twice, 30% pay three times or more and the total average spend per paying player is $21.

So, one-time payers are by far the least lucrative. Focusing too much on a one-off payment, or forcing players to make early paying decisions, can be detrimental to the total revenue you can achieve and LTV.

The holy grail of free acquisition with players spending hard to beat their friends through social is very hard to attain.

Only 22% of players will connect to a social network and only 4% will ever invite a friend.

It's a case of not trying too hard too soon, and giving up early; as while only 3% of players on day 0 will invite a friend, 8% of players who connect after day 3 will invite their friends.

Lastly, it's better in the dark

F2P monetization may often be referred to as a dark art, but it turns out to be quite literally true: Players who join after 9pm are 27% more likely to come back the next day, compared with someone who downloads the game at lunchtime.

Night time players are also more likely to make an in-app purchase, with an 18% difference between those who play after 8pm compared to those that play from midday to 1pm.

Use this player knowledge wisely, and you could not only see higher engagement levels but an impressive increase in your game revenue. Making some small changes to your game in response to this data is a start, but if you really want to optimize your game to its full potential then why not go one step further: it's time to really get to know your players.

Using a specialist integrated games analytics platform, allows you to understand your unique set of players and augment their gaming experience in real-time.

This has been proven to increase engagement by 50% and revenues by 30%.

You can find out more about deltaDNA's games analytics platform at its website.

How to unlock your game analytics investment