Should you advertise your mobile game during the Super Bowl? 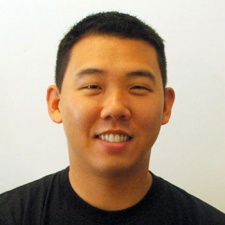 Brendan Lyall is the CEO of GrowMobile, the number one provider of effective mobile advertising solutions.

It's that time of the year again.

The NFL season is reaching its glamorous conclusion this Sunday in Arizona as the New England Patriots take on the Seattle Seahawks at Super Bowl XLIX.

And while there is likely to be a hefty battle on the field, there's an even bigger one happening off it in the advertising industry.

According to statista.com, Super Bowl ad spending hit $331 million last year and it is strongly likely to exceed that again this year.

So if you're a mobile game developer looking for traffic, is this the right time for you to make a Hail Mary pass with mobile advertising?

We weigh up the pros and cons in this special post. Play ball!

Whatever your thoughts are about the Super Bowl, if you're in the US you are unlikely to be able to go anywhere without hearing people talk about it. According to International Business Times, 111 million Americans watched the Super Bowl in 2014, meaning that one in three people across the country will be feeling pretty pumped this week.

And as we know at other key times of the year, advertising to these excited consumers is more than worthwhile. On Black Friday in 2014, advertisers working on behalf of the consumer-packaged goods industry increased their spend by 90%.

And marketing site The Drum showed that in the UK alone advertisers on mobile upped their spend by 148% in the quarter leading up to Christmas.

So while we can't say for sure that the Super Bowl has an identical commercial effect, we can say that, when sites such as The Bleacher Report are producing whole pieces about Super Bowl ads, this is a time of year when consumers are receptive to your message.

Fans are likely to be "two-screening"

While you'd think that most people would be too glued to their TV set to spend time glancing at their phone, smartphone addiction and lengthy breaks in play mean there is plenty of time for fans to look at their devices.

56% of people watching the Super Bowl planned to use their phone during the game.

Ahead of Super Bowl XLVIII in 2014, the IAB found that 56% of people watching the Super Bowl planned to use their phone during the game. And with roughly 45% of fans of both teams likely to message friends and 28% using social networks, there's a real chance to reach them as they're glancing down at the phone.

Mobile ads are perfect for the "here and now"

An example of this can be found with the use of Twitter. At the App Promotion Summit in London, Ross Sheil of Twitter shared a great case study of how a marketer could advertise through the social network to find people attending a Tom Jones concert in order to provide contextual advertising for fans.

And it is more than possible to transfer that lesson to the Super Bowl. If you know you have a strong audience of 20-something males, targeting Seattle and New England with ads during the game could help you reach and engage a consumer without the hefty cost of a glitzy TV ad campaign on the big day.

In comparison, the soccer World Cup in 2014 was viewed by an estimated 909 million people worldwide according to iptvnews; a figure 9 times as large as the Super Bowl audience. And while ABC counted only 17.3 million viewers of the final in the US, in Germany and the UK 41 million and 21 million tuned in, respectively.

While the Super Bowl is a big event for Americans, if you're looking to reach an international market with your game then your opportunities may be limited.

The big boys are inflating costs

There's no doubt that American app users are some of the most valuable in the world. With the app economy now worth more than Hollywood each year according to [a]listdaily, the competition to get the attention of the highly lucrative American app user is beginning to draw the big non-gaming companies to battle - and they're winning.

Christmas in 2014, for example, saw the first decline in the CPI cost of a game ad over the period for the first time in a number of years - even as overall CPIs grew by more than 40% on Android and iOS in that month. This is likely caused by the arrival of multi-billion dollar non-gaming companies in the sector who, as predicted by MobileDevMemo, can comfortably blow gaming companies out of the water.

So when you look at the line up of TV advertisers and see Toyota, Budweiser, Victoria's Secrets, Dove, Doritos, Pepsi and more lining up to spend big, it could be a bit of a gamble to go toe to toe with them.

You need to update your game - two weeks ago

At Christmas, game developers push updates to their mobile games to ensure they capitalize on the holiday season. As Adweek reported in 2014, everything from Kim Kardashian to Tiny Troopers: Alliances found the time to apply a festive lick of paint to their games.

And the reason they do it is twofold. First, it gives them a seasonal hook to use in their marketing efforts and ad campaign creatives. And second, it improves the experience of players who firmly have the spirit of the season on their mind.

But though these are great things to consider for your game ahead of the Super Bowl, chances are it is already way too late. Without factoring in development time, Apple review times are currently sitting around the 8-day mark meaning the game will have been and gone before your update could even go live.

So should you advertise your game during the Super Bowl?

Though a bit complicated to answer, chances are we'd say it is best to give it a miss.

Unless you have a special content update going live before this weekend, are targeting the US audience and have enough of a budget to take a potentially expensive hit, then playing this particular game might not be right for you.

But if you take to heart the messages about the importance of knowing your audience, identifying events that may appeal to their tastes and creating special content to suit them, then that can be as much of a business win as the marketing opportunity this February 1st.

You can find out more about GrowMobile's business at its website.

In the Games-as-a-Service market, is there any place for a sequel?

How to leverage brands, licenses and celebrities for your mobile game's success