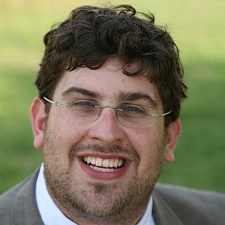 Ariel Rosenstein is senior director of corporate marketing at SimilarWeb.

He's spent the past decade in ad-tech, working on The Agency before joining Kenshoo, where he launched their marketing activities. He also led marketing for Adquant, a Faceook ad platform, making it a top 10 Facebook preferred marketing developer.

In this analysis, we will compare store ranking with usage ranking for games in the Google Play US app store to show how usage metrics provide a deeper understanding of actual game popularity.

For our dataset, we took the four top trivia games -

All these games have 4 or more stars in terms of user ratings and are in the four top positions in the category.

So it would be interesting to check if they are performing at a similar level when it comes to usage.

Comparing the two pieces of data, we can see that rank is definitely not an indicator of an app's popularity and level of stickiness.

Category usage rank is based on the current installs and active users in the category of Games/Trivia in the US.

Usage rank for each app is benchmarked against all other apps in the same category and/or country. The usage rank is calculated based on current installs and active users.

The data represented below shows you why and how usage ranking gives much better understanding of the value of each particular app.

This example illustrates why you can’t make assumptions about an app’s popularity based on store rank alone. An app could have a low store rank but get a high usage rank if it has better engagement than apps that are ranked above it in the store.

So, despite the fact that QuizUp originally ranked fourth on our original graph, we can see that the quantity of its current installs is much higher than its competitors.

In contrast, Logo Quiz (no. 2 in store rankings) had the lowest quantity of installs during November and looks like it's now in a downward trend.

Trivia Crack - the category leader according to store ranking - is currently on the rise, managing to increase its installs index by 75 percent during November.

Nonetheless it is still almost 25 percent lower than Quiz Up.

Understanding this metric is the next step in evaluation of the apps' actual performance.

It shows how many of those people who installed a game are actually playing it on a daily basis.

Trivia Crack is definitely the leader here and the trend looks stable; on average 30 percent of people who installed the game are opening it each day.

As for the other competitors, Family Feud 2, which ranked second in terms of store ranking, enjoys much higher average percentage of daily active users, than Logo Quiz and QuizUp.

This index tells you how often, on average, active users are opening the game on a daily basis.

This metric reveals striking differences. Trivia Crack is far ahead with approximately 10 session per user a day. It's particularly impressive given that the other games have around three sessions per day.

Using this metric, we get a mirror-like picture compared to Sessions per User. Trivia Crack players spend the least amount of time per session, which partly accounts for the game's much higher level of session frequency.

Conversely, QuizUp has both the longest and the least frequent sessions.

If we combine these two numbers (the average number of sessions per day and the average time per session) we get the aggregated number of times the average user spends using each game on a daily basis.

The results can be seen below.

Of course, the question of what is most valuable - number of session or their duration - depends on the monetization model each particular game is using.

For example, Trivia Crack is a publisher, so the overall time spent in the app is a key indicator for advertisers for qualifying this app.

NB: The data for this article was taken from SimilarWeb's Mobile App Engagement and Discovery insights and covers the period of November 1-30 when Trivia Crack rose to the top of the Google Play rankings.