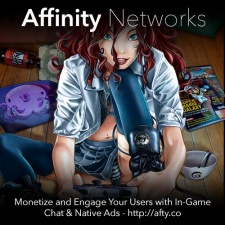 Everyone knows the funnel for free-to-play games goes: a) acquire, b) engage, c) retain and finally - hopefully - results in monetization.

Breaking this down into components, most of the mobile game industry focus to-date has been concentrated on acquisition. To a large degree, that problem has been solved and is now a commodity, at least if you have the money to buy users at +$2 a shot.

Monetization is also something of a done deal.

Even if there's an inherent resistance to spending money on in-app purchases, players understand the concept and how spending money will speed their progress.

Thanks to incentivized videos, even in-game advertising is experiencing a strong uplift. Compared to a small low quality banner partly obscuring the action, a full-screen video interstitial that rewards you with a couple of gems is proving to be a popular choice.

Which leaves the question of engagement and retention.

Too often the problem of engagement and retention is considered purely a gameplay issue, when in fact the best developers understand it's a subtle balance between a game's core action and the upgrade loop that surrounds it.

But going one step further, forward-thinking developers are also open to opportunities beyond this loop that offer even stronger engagement and retention.

A key example is in-game chat.

If we look at hardcore PC experiences such as League of Legends and World of Warcraft, the majority of players' time is spent preparing to play and talking about what had just happened.

Adding chat keeps your players engaged and in your game longer.

This proven engagement and retention behavior can be similarly leveraged in mobile games.

Adding chat keeps your players engaged and in your game longer. Instead of leaving your game when they're bored, players remain and talk to other players, giving and taking advice.

But even more than increasing time-in-app, chatting provides an entirely new way to monetize your user base. When users chat, they create incremental ad inventory. Better yet, they create opportunities to run native ads - which perform extremely well and don't disrupt the user experience.

Most games aren't even able to run native ads - chat provides a medium to do this and you'd be surprised at how profitable it can be.

Chatting is a very engaging behavior in and of itself. Users create as many as 140 ad impressions per day, about 12 times more than web browsing. That inventory mounts up quickly as you scale DAU.

There are many ways to go about adding chat to your app. Several platforms provide the nuts and bolts of mobile messaging, but one company provides a completely turnkey chat community SDK for free.

The TalkChain platform from Affinity Networks has built-in monetization via their native ads mediation engine.

The platform provides one additional value; discoverability. Apps that integrate their SDK are "connected" to each other, a bit like Tumblr - your players will be able to chat with other players across the network, which leads to new user acquisition for players who haven't downloaded your game yet.

It's a win-win situation. The company gets paid from a 60/40 revenue split so there is no downside to integrating their library. Apps are consistently seeing $1.50 to $2.00 per DAU per month incremental ad revenue.

You can check out the SDK and sample community key on Github, and reach out to info@afty.co if you want to learn more.