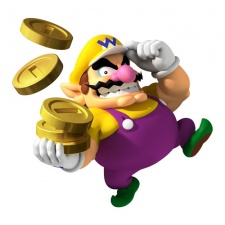 Your reaction to the news that Nintendo is getting into bed with DeNA to make mobile games says much about your general disposition.

Optimists will recall happy memories of playing classic Nintendo games and project these onto their mobile or tablet of choice.

One of the greatest gaming companies, with many of the best loved gaming brands and characters is finally headed to mobile games.

Surely the end result can only be positive for gamers and for Nintendo? Mario on your iPhone - bring it on!

Pessimists will take the same starting material - many happy hours playing Nintendo games - and project these into all the "evil" free-to-play experiences they've endured, perhaps some even developed by DeNA itself.

Surely the end result can only be a disaster in terms of how F2P monetisation must bowdlerised those classic skill-based Nintendo games?

But perhaps there is a more nuanced and probabilistic middle ground?

Personally, I'm not a Nintendo fan so don't have any axe to grind when it comes to those 'halycon memories of yore'.

Indeed, apparently I'm also one of the few game journalists who thinks free-to-play mechanics (although technically Nintendo has only said it's going mobile, the F2P aspect is currently an assumption) can make for a better - if different - gaming experience.

Still, despite my cheery disposition, my gut-feeling is this move is likely to end in a disaster for Nintendo.

Nintendo has been forced to engage with the mobile market.

There's no disgrace in that, of course. But the fact he won't admit he's making u-turn suggests that his heart is not in the decision.

He's been forced by circumstances - Nintendo's recent failures - to make a u-turn.

Indeed, his recent health scare may also play into the decision to be less principled and more pragmatic.

Maybe not, but we do know that when explaining his decision, Iwata was incredibly defensive, effectively blaming the failure of Wii U and 3DS on the Yen's "super high" exchange rate, before going onto claim the fact that five 3DS games had each sold two million units in Japan was "an unprecedented thing in the history of the Japanese video game market".

In this way, it's clear Iwata's main thrust isn't to embrace mobile gaming, but to use mobile gaming as a crutch - perhaps even a diversion - to spend more time and resources on Nintendo's proprietary gaming hardware - a model that most people consider is in decline.

Not Iwata. He seems to think that Nintendo's core business model - making games for Nintendo hardware - is fundamentally as healthy as it's ever been.

"Now that we have decided how we will make use of smart devices, we have come to hold an even stronger passion and vision for the dedicated video game system business than ever before," he boldly states.

Iwata seems to think that Nintendo's core business model is fundamentally as healthy as it's ever been.

The result is that Nintendo will find itself in a fragmented position in which it's trying to support Nintendo hardware, as well as making mobile games, and operating a new online service that will support Wii U, 3DS, PC, mobile devices and its forthcoming NX hardware.

That sounds like a dog's dinner of lowest common denominator gaming experiences, especially when you're competing against companies whose entire focus 24/7 is the operation and improvement of a single mobile gaming experience.

Fundamentally, Nintendo is going to fail if it thinks it can just bolt-on a mobile games business.

The second reason it's hard to see Nintendo's new initiative being a longterm success is the company it's chosen to partner with - DeNA.

There's nothing wrong with DeNA per se. Certainly it's highly experienced when it comes to operating the sort of online gaming service than Nintendo is talking about, but as a game developer, especially outside of Japan, DeNA hasn't demonstrated it can launch hit games.

Even within Japan, its business has experienced a strong decline because of the success of rival games such as GungHo's Puzzle & Dragons and Mixi's Monster Strike.

In this regard, then, Nintendo has been forced into trying to make mobile games and its partner is a company that is trying desperately to turn around its mobile games business. This doesn't preclude success, of course, but it does make it much harder to imagine.

At least in Japan, the two companies will expect to have a big impact.

Japan remains the most lucrative mobile gaming market in the world too, but Nintendo will clearly require its mobile games to be global hits, and despite spending hundreds of millions of dollars acquiring western development talent that's not something DeNA has demonstrated it can accomplish.

Even within Japan, DeNA's business has experienced a strong decline.

Indeed, in the west, DeNA has something of a reputation for overly demanding monetisation mechanics; something that will be an anthema to Nintendo fans.

Finally, it's the mismatch of the type of games people expect from Nintendo and the type of games that are being released on mobile platforms that appears to be the most significant disconnect in the partnership.

The bottomline is that the best Nintendo games revolve around repetitive skill-based gameplay in which players spend hours and hours performing the same moves over and over again in increasingly complex environments.

Not all Nintendo games are Super Mario Bros. of course, but it's this ethos that lives in the hearts of those who grew up on the SNES and N64.

And, of course, there is no reason that Nintendo's designers - Miyamoto among them - couldn't come up with some delightfully new combinations of free-to-play gameplay and monetisation mechanics. Lord knows the industry could do with innovation in this area.

F2P games don't have to be about timer gates and gacha (or random) card collection.

Yet, in broad terms, premium console games are about a player learning and growing their gameplay expertise through the experience, while F2P games typically ignore - even automating - gameplay to focus on a rich meta-game, which can be sped up using in-game resources, which can be bought with real money.

There's a less than 10% chance, Nintendo will have generated $1 billion from mobile games before 2020

And this is a real distinction; one that continues to drive the meme that F2P games are evil and money-grabbing; an argument that appeals strongly to gamers who grew up playing Mario Kart and Super Mario Bros..

Also, let's not forget Nintendo has already released some F2P mobile games - at least the wholly-owned Pokemon Company has, and they have not been successful in the least.

And when you consider the F2P games that are successful - Clash of Clans, Candy Crush, Game of War, Puzzle & Dragons etc - they are not games you would imagine Nintendo making.

Sadly then, until we see the sort of games Nintendo and DeNA are going to release, the likelihood is little good will come from a partnership has been cobbled together from a position of weakness for both partners, who are trying to overcome the erosion of their one-time market leadership positions.

Nintendo is company which makes premium games for its dedicated hardware, while DeNA is developer and publisher of F2P mobile games that generated millions of dollars through the hardnosed application of analytics and aggressive monetisation techniques.

Certainly both have strong expertise in certain areas, particularly in their understanding of the Japanese market, but despite what their CEOs say, there is little common ground between them where it matter - games - and neither has demonstrated they can overcome the wider obstacles - both conceptual and commercial - that are currently arrayed against them.

As Iwata himself noted [the smart device game business] "is a highly competitive market and only a handful of content providers have been able to show enduring results".

In this respect, Nintendo and DeNA find themselves now competing with the likes of GungHo, Gumi, Colopl, Mixi, Square Enix, Marvelous, Sega and CyberAgent in Japan, not to forget Supercell, King, Machine Zone, EA, Glu Mobile, Tencent, Kabam, Rovio etc in the rest of the world.

Again, this doesn't mean the partnership won't be a success: that will depend on the games.

But given what we currently know, it would seem very unlikely that it will be a success, or to put some numbers on the situation - in the order of a sub-10 percent chance that Nintendo will generate $1 billion from mobile gaming anytime before 2020.