Why KLM is publishing mobile games 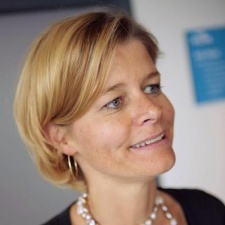 "Games enable brands to make a connection between offline and online," she said.

In this way, KLM hopes that in time, it can extend its brand and perhaps even influence the behaviour of customers - maybe encouraging them to arrive at the gate on time.

It's had over 700,000 downloads, generating an average session time of 20 minutes.

Vogel-Meijer pointed out that KLM would have to spend millions of euros to generate such attention through advertising.

More interestingly, some of the game's key markets are countries like the US and China, where KLM doesn't have many local customers.

"The results are really satisfying for us," said Vogel-Meijer.

And that's why KLM's latest game is KLM Jets.

""Go beyond the adver-game. I believe it is powerful to make your game available to a large group of people," Vogel-Meijer advised other brands.

Video: HyprMX on the appeal of branded not UA ads

Video: Animoca on why working with brands is best

Video: How to make your branded IP stand out from the rest

Video: How to grow a global brand, according to Seriously