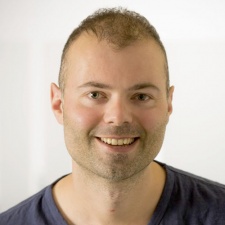 For anyone new to free-to-play gaming, the concept of a casino where you can't actually win any money would seem to be a non-starter.

Social casino games are massive, with a rocketing mobile audience.

In fact, the social casino industry is expected to be worth $3 billion by the end of 2015.

So what's the appeal?

In the absence of a stake and the chance of a real-money return, players come back to social casino games to be entertained and engaged by the experience.

A new way to win

Traditional gambling is a nail-biting experience, driven by the desire to win money and the fear of losing it, but social casino isn't dependent on players' anxiety levels to be enjoyable; in fact, the opposite is true: users find social casino games relaxing.

And the trend is not limited to online gaming.

Players come back to social casino games to be entertained.

Las Vegas recognizes that a new generation of visitor is less interested in traditional gambling, and more inclined to seek out the alternative, "cooler" forms of entertainment that the gambling hub has to offer: restaurants, bars and nightclubs.

While social casino online has always looked to Vegas for inspiration, the city itself can also take some lessons from social operators as it begins to place more focus on its non-gambling entertainment offerings.

Social casino may be pure entertainment, but players are still deeply incentivized to play. Data shows that new players quickly become very motivated to accumulate virtual currency and tend to come back every day.

Many players join forums where they discuss in detail the acquisition of virtual chips or coins.

Social casino players have different motivations - they are more gamers than gamblers. They want to progress through the game, to "win" the game.

As the developer behind popular social casino game Mirrorball Slots, we explain the importance of keeping social gameplay similar to that of a real casino, with the same mathematical dynamics and payout ratios, in order not to skew people's perception of what real-money casino gambling might be like.

After all, it would be misleading to give the impression that all you need to do to win big is feed money into the machine.

With the virtual economy balanced as if it were real, the challenge is to keep players engaged even if they "go broke". Here's where the games employ similar mechanics to other social games, like Candy Crush Saga or FarmVille, and differ wildly from real casinos, in that they offer free virtual money.

So you can send coins to your friends and they can send you coins back, and free currency is given out at frequent intervals in the lobby. And, of course, social media allows developers to distribute extra virtual currency via multiple channels.

Mirrorball Slots, for instance, has 1.2 million fans on its Facebook page and posts links to free currency once or twice a day, at least.

Developers must work harder than real-money online casinos to keep players happy and so social casinos must constantly evolve and innovate, developing new games frequently, and building meta-
features on top of their base games.

These features include devices such as weekly leaderboards and challenges with incentives of even more prizes and rewards to collect. Social casino games also tend to look a lot prettier than their real-money counterparts.

The social-casino player demographic is broad and it's getting broader.

The traditional real-money slots playing demographic - and slots is by far the most popular type of social casino game - has traditionally been female and above the age of 40.

While that's probably still true of social slots gamers in the United States, in Italy, for example, it tends to be a younger, male thing.

There's also a difference by platform: Facebook tends to be a little bit older; iOS a bit younger, a bit more focused on the latest trends.

But, ultimately, all kinds of people are playing them and that's because they are relaxing and fun. And maybe because real-money gambling is so 20th century.

You can find out more about Plumbee - including open positions - via its website.