Samo Login's tricks of the trade 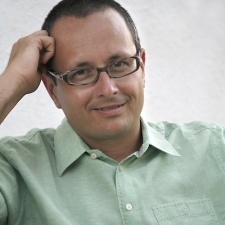 As the CEO of the multinational entertainment company Outfit7 Limited, Samo is the architect of the Talking Tom and Friends franchise and leads the creative and overall strategy for both the company and its products. Samo is also the inventor of the Bee7 technology (patent pending).

Forecasts towards the end of 2014 stated that mobile game sales will overtake console game sales during 2015.

But despite the huge revenue potential that lies within mobile games, it can be a bit of a 'golden goose laying eggs' scenario.

Making your game profitable can be the hardest part of building a mobile game. Competing with established developers who have massive user acquisition and analytics budgets can be challenging.

Sure, a great game and maybe a bit of occasional luck have helped some of us succeed. But from my own experience, the key is actually a sound strategy and careful planning for both success and to buffer against unavoidable failures.

We’ve learned a lot along the way on our journey from a small start-up to a successful global entertainment company with 250 million MAUs and 2.5 billion downloads.

To get there, we created our own monetization and cross-promotion strategy that at the time was quite unique.

You don’t necessarily have to come up with your own groundbreaking method to make your game profitable, but you do have to plan and plan early.

Here are my three golden rules for monetization for new mobile games, which I learned over the years at Outfit7.