Inside the Game: How writing a story-driven game in four months forces you to trust your team

Lessons from University U. 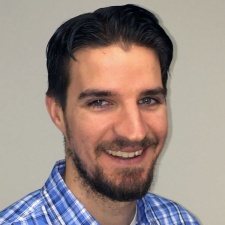 It was late July 2014. A year earlier, our studio had released High School Story, a mobile sim game in which players build a high school from scratch, go on high-school-themed quests, and recruit unique students.

With one game firmly under our belt, we felt it was time to turn our attention toward a second game.

With the holidays approaching, we wanted to seize opportunity with a new game... but there just wasn't enough time.

Thus, we decided on option two - creating a new game using High School Story as a base, and all with a timetable of just four months.

To make it even more challenging, we wanted the new game to feel robust, to be distinct from High School Story. Of course, it also had to maintain the core trademark of our studio that players had come to expect - that it be a game with heart.

We were faced with a near impossible task: we had four months to squeeze as much high-quality content out of our small writing team while still supporting High School Story's robust, weekly quest drops.

Here's how we pulled it off.

Hollywood U. was going to have a quest system similar to High School Story. In a previous article, we've talked about how a quest is written.

Unfortunately, for this compressed timetable, we didn't have the option of utilizing our usual system.

We wanted to launch with as many quests as possible, but we quickly realized that we couldn't just assign writers to quests as though they were interchangeable.

It'd add extra time whenever a writer had to write unfamiliar characters or switch to a new quest type. In many cases, writers were making content back-to-back, creating inconsistencies in voice and tone.

To address this, we developed several tracks - a track for the main story, a track for side quests, and a track for character quests.

Of the eight writers on the project, we assigned 2-4 writers to each track, giving them the ability to really focus on their section of the narrative.

Acting as the lead writer, I coordinated all of these teams to make sure the individual quests all added up to one cohesive world without contradictions or repetition (writers made so many references to Jennifer Lawrence, we had to instate a ban).

This small-teams-within-a-small-team system also gave the writers a sense of ownership over their particular track. As they wrote more of their quest type, they became better and faster; in short, they became micro-experts.

But expertise and ownership can only do so much for quality...

The strength of the team

It's hard to overstate how important our revision-heavy process is.

As quests went through our review process, they were often torn to shreds... and reassembled, only to then be torn up again... and again...

As my manager put it, 'At the end, you'll be lucky if you can point to anything in a quest and say, 'That's mine''.

And she was right. When I look at the big picture, the oeuvre of quests we eventually released as Hollywood U., I feel a great sense of having been a part of them, of having put my stamp on them.

But when looking at them on a more microscopic scale, there are very few lines I can point to and say distinctly, 'That one was mine'.

While each quest was individually owned, it was also collectively improved and approved.

That's important. It means that while each quest was individually owned, it was also collectively improved and approved.

With launch nearing, and the number of quests growing, it became clear that our collective vision could only see so much - a point that hit close to home.

As the lead writer for Hollywood U., I was the central hub for everything. That meant that while the tracks created separation between writers, I was the glue holding it all together.

I was involved in every brainstorm, every outline, and every round of quest review. I was there to make sure that the overall vision worked. I was the one looking at the complete forest from above. I was also, simultaneously, one of the writers in the trees.

It was too much for me to handle.

You wear a lot of hats in a startup, and sometimes your head just can't bear it all.

Which is why with deadlines looming and quests to be brainstormed and other quests to be written and more quests waiting to be reviewed and a mountain of other tasks surrounding me... I had to let go.

I remember one day we decided that Hollywood U.'s tutorial simply wasn't good enough as-is. We figured it'd be best to lock ourselves up in a room and go over everything line-by-line as a group.

We'd be going over lines that I'd either written or reviewed. We'd be scrutinizing precious darlings that I'd agonized over. We'd be running them through the shredder, and I wanted to be there to defend them.

But I had to make a choice. Either participate in the session or finish up work I desperately needed to finish.

I chose not to be in the session.

I chose to trust my team to get it right. I'd already looked at the tutorial and left my mark. It was in my team's hands now.

And they got it more than right.

But more on that later. There was still the pesky matter of heart.

Our players who knew us from High School Story had high expectations for our next game. We'd earned a reputation of caring about our players and the issues they face, whether through educating players on body image and eating disorders or tackling cyberbullying.

With a passionate fanbase nearly 20 million strong, we had to not only make Hollywood U. fun, we also had to make it positive, we had to give it heart. No exceptions, that is our responsibility as game developers.

I chose to trust my team to get it right.

And for us, heart resonates most through our characters.

Take Ethan, for example, our smooth-talking Agent - connected to everyone in Hollywood.

When he takes the main character out on a date, he's pulling out all the stops. However, as he exhibits signs of fatigue, it comes to light that he couldn't afford all the lavish gifts he bought.

This is one example from a litany of characters that all fill the story with that secret ingredient that endears them to our players - heart.

We submitted Hollywood U. to Apple in late November 2014, just four months after conceiving the idea. It released on 10 December 2014.

As for the tutorial and the session I chose to leave in my team's hands, the completion rate is currently at 71 percent. I'd say the trust I'd placed in my team was trust well-deserved.

Eric Dean is a Story Lead for Pixelberry Studios.

You can find out more at pixelberrystudios.com.

Inside the Game: Creating narrative in Pixelberry Games