Volker Dressel on the new opportunity 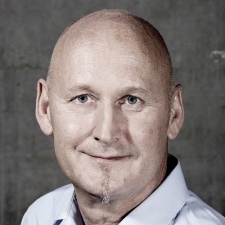 Few of us will have missed the stories talking about the huge spend on ads for mobile games shown during the 2015 Super Bowl.

To summarise what the fuss is all about, three developers - Supercell, Machine Zone and UCool - spent around $15 million to reach the 112 million US viewers at a cool cost of $4.5 million per 30-second slot.

Whilst these are massive numbers compared to what the majority of developers are able to spend on user acquisition, what's most surprising is that three developers made the same decision for the first time this year.

So why now? I think there are several factors that collectively show that we have shifted into a new phase in user acquisition, with TV playing a new and important role at the heart of it.

Whilst huge amounts of attention were given to the Super Bowl due to the level of spend, advertising games on TV has been seeing significant investment over the last year or more.

It has been reported by advertising-intelligence company iSpot.tv that King has paid to have 11 different TV spots air more than 34,000 times since the beginning of 2014 and Supercell paid for 4,500 spots.

Campaigns including TV are 35% more effective than those without.

To give some context, this is more than the combined TV spend by Microsoft on Xbox and Sony on PlayStation.

2. Developers are looking for new routes to market to acquire users

The rising cost of user acquisition is well documented; Fiksu's January 2015 Cost per Install (CPI) Index for iOS increased 9 percent to $1.28 - a 7 percent jump year-on-year, while Android's CPI rose from $1.41 to $1.53 - a 9 percent increase over December and up 23 percent since last January.

Relying solely on in-app performance marketing is too expensive for many companies, and if the CPI cost continues to rise - as it should do as more companies compete for the same inventory - then alternate marketing channels, including TV, become more attractive.

Up until now it's all been about direct response; put in X and see Y, then do the math. That's fine as far as it goes, but whilst performance is attractive when all you want to see is what the ROI is, when it comes to building brands and creating an emotional connection to a product, it doesn't do a great job.

Performance advertising may lead to more immediate conversions, but television is unbeaten when it comes to building up sustained brand awareness.

Research in 2012 by the Institute of Practitioners in Advertising in its paper 'Advertising effectiveness: the long and short of it' found that TV is the most effective way to build a brand.

Research shows that consumers are watching more TV than ever before, and that's why brands continue to invest.

The timeline below shows actual television advertising spending in the United States from 2011 to 2013, plus forecasted spend to 2018. eMarketer has projected that brands will have spent $68.54 billion on TV in 2014.

5. TV has a positive 'halo effect' on other marketing channels

As I've said, TV shouldn't be an either/or decision for companies in terms of investing in TV versus mobile, social and other channels. TV should be just one part of a marketing mix, and in fact can boost the effectiveness of other channels when used in a multi-channel strategy.

The IPA's 'Marketing in the Era of accountability' study found that campaigns including TV are 35% more effective than those without. TV can also boost branded search by up to 35% and the effects can radiate significantly across social media channels with potentially huge uplift in tweets and YouTube views.

To date, the Liam Neeson Clash of Clans' Super Bowl spot has had over 49 million views.

According to Adweek - iSpot.tv has tracked how many times each of the Super Bowl commercials were viewed on FaceBook and YouTube and shared on social media:

The astronomical Super Bowl costs aside, the huge number of channels and 24 hour TV means that it's never been more affordable for companies to run TV campaigns.

It's perfectly possible to run a targeted ad for the same or even less than the minimum campaign budget many mobile advertising agencies demand.

It may be one of the oldest mediums for advertising, but even in the current age of social media and video on demand, TV continues to be the most watched medium around the world.

Mobile advertising may have fuelled the first wave of user acquisition for mobile games - and been an essential part of the creation of the free to play model - but TV's unmatched ability to reach large volumes of people at once and build brand equity makes it an obvious choice for app marketers looking for new ways to acquire users.

I have little doubt that as developers realise the true benefits that TV can bring to them we'll see much greater investment in 2015.

You can see some examples of game TV ads on the following PocketGamer.biz YouTub playlist.