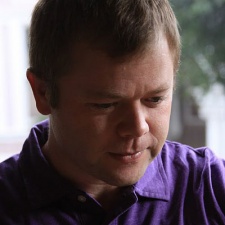 This initial surge of interest, coupled with a $50,000 burst campaign, helped us pick up hundreds of thousands of organic users in our first week of release.

Thanks to this meteoric rise, our chart placement in both the Free and Grossing charts helped us to continue picking up even more organic users well after launch.

Champagne corks were popped. Toasts were made. The studio was riding high.

Eventually though, the universal law off app gravity kicked in, and we found our chart position falling. The free ride was over: now it was time to begin paid user acquisition (UA) in earnest.

As a small studio with our internal resources focused on updates and improvements to the product, we turned to an external team to manage most of our user acquisition spend.

As a small studio with our internal resources focused on updates and improvements to the product, we turned to an external team to manage most of our user acquisition spend.

After evaluating several candidates, we decided to partner with Grow Mobile.

Thanks to Grow Mobile's expertise and knowledge of the market, they're able to divide our spend through several major ad networks including AdColony, Chartboost, AppLovin' and others.

As a small studio without a fully-dedicated UA team, we at Pixelberry found Grow Mobile's help essential.

Grow Mobile's expertise allowed us to drive down costs per install (CPIs) to our target range in our key markets: the US, Canada, the UK and Australia.

From there, we began to scale eventually spending several hundred thousand dollars a month on UA. These acquisitions, combined with our continued organic growth, helped us maintain a steady stream of revenue - and a place in the iPhone's Top 100 grossing charts for our app's first year.

The next piece of our UA puzzle was Facebook.

Though CPIs tend to be higher there than on other platforms, the users tend to spend far more money in our game, thus more than making up for the increased acquisition costs.

Facebook allows us to target exactly the users we think will want to play (and spend money on) High School Story.

In the old days, this meant building campaigns based on user interests like celebrities, teen-targeted fashion brands, and popular movies. Finding the right demographic fit would drive down CPIs and net thousands of high-paying customers.

More recently, we've been taking advantage of Facebook's Custom and Lookalike Audience technology, which automatically target customers similar to the ones currently playing our game.

Thanks to these tools, we've been able to build effective campaigns with minimal time investment.

Running campaigns on Facebook has also led to unexpected synergies with our ad spend on other platforms. For example, because Facebook uses a uniform ad size of 1200x627, we can have our artists create ads in one size and then test their relative performance in the market.

Once we know an ad is a winner, we can have our artists go through the much-lengthier process of resizing it for multiple platforms.

In December 2014, our studio launched our second game, Hollywood U: Rising Stars.

This time, we were able to leverage our existing audience of High School Story players. Using in-game ads and crossover storylines, we were able to push hundred of thousands of users to the new game, resulting in a huge boost on the Top Free charts.

Going forward, I'd expect this type of cross promotion to be one of the biggest competitive advantages for existing companies to wield.

Hollywood U is similar to High School Story and was a the perfect game to advertise to our existing players.

We've also experimented with user exchanges through Chartboost with various partners. So far, we've seen some success (the ability to move a few thousand players a week) but not nearly at the level of our internal cross-promotion.

Part of this likely comes down to the game being advertised. Hollywood U is similar to High School Story and was a the perfect game to advertise to our existing players.

With the right two games, I believe an exchange, even between two separate companies, could lead to a far-higher trade volume.

After deciding how to acquire users and where to spend, the other key logistical piece of UA approach was analytics - once users come in from a given source, it's essential to know how much they spend.

By comparing the relative returns on ad spends (ROAS) from various sources, we were able to optimize our UA dollars.

We've partnered with Adjust to get a clear view of revenue events, as well as other analytics like social sharing and engagement with advertisement. With the power of Adjust, we can analyze cohorts of users coming in from various sources and see exactly how they behave and, more importantly, spend.

At the most basic level, if we can get each user's lifetime value (LTV) to exceed their CPI, then we're making money.

To make things more complicated, though, we can also assume that each user might tell a few friends about our app. This behavior is much harder to measure, yet is essential when calculating actual return on investment for various ad campaigns.

For our purposes, we try to measure any boost in organic growth over a baseline with zero ad spend, then calculate the added value per user acquired through paid acquisition channels.

Eye on the future

Even in the less than two years since High School Story launched, the UA business has gone through massive changes, and it looks like more are on the way.

New ad networks continue to pop up. Twitter is growing fast. Google is expanding their offerings. It's an exciting time to be advertising an app: good luck out there.