Why market conditions have shifted to favour mobile game developers

Your publisher needs you 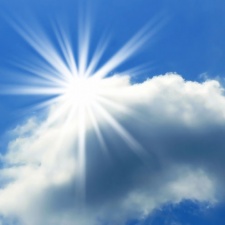 When we talk about the app ecosystem, the narrative is that we're in an era of a massive over-supply of content; something that's combined with promiscuous consumers of content.

The result is loads of games are released and while gamers might try some of them, few titles are played by a wide audience and fewer still are played for prolonged periods.

It goes without saying that the market has tried to come with methods of improving the situation.

App stores are slowly finessing their discovery methods, while user acquisition companies burn white hot in their pursuit of innovation to connect advertising dollars with user downloads and in-app actions.

And while these options have made an impact, at least for those companies with the wallets to saturate the likes of Facebook and Chartboost, they haven't fundamentally improved the situation for the common-or-garden game developer.

Indeed, it could be argued that as the expertise required to connect players with games gets more complex and expensive, most developers are increasingly disadvantaged - relying more and more on luck to find any audience.

So far, so much bad news for the mobile game developer.

But there is light at the end of the tunnel: in one clear way, the value of good developers is on the rise, and in a way that transcends these structural obstacles.

The definition of traditional roles has hardened: publishers don't develop, they publish; while developers don't publish, they develop.

The reason for this optimism is the rise of publishers seeking high quality content.

Of course, the rise of app stores has triggered an ongoing, dynamic and never to-be-concluded discussion about the value of publishers in an environment when anyone with a PC and an internet connection has potential access to over a billion players.

In recent years, however, the definition of traditional roles has hardened: publishers don't develop, they publish; while developers don't publish, they develop.

And it's this change that's starting to make life easier for developers; at least for those developers who are flexible enough to realise that 100 percent of very little is trumped by 35 percent (50 percent of 70 percent) of something.

Indeed, what we're now seeing from big, deep-pocketed publishers such as Spil Games - with its Unsung Heroes initiative - and FunPlus are flexible and aggressive content acquisition plays.

The reason is that in order to flourish, publishers need to sign up content that fits their particular approach in terms of genre, audience and business model.

And this means that as a group, the balance of power has switched to mobile game developers.

Publishers still have the money and the expertise, but they know they can't generate the content internally.

Of course, such a move won't be the salvation of all mobile game developers; there are just too many to survive.

But for those developers who provide the high quality content these publishers are searching for, there's the opportunity to find the sort of commercial success they previously could only have dreamed of.

You can find out more details about Spil Games' Unsung Heroes program, which is concerned with republishing existing games here, and FunPlus' more traditional PublishingPlus here.