Are you paying for mobile ads that no-one sees? 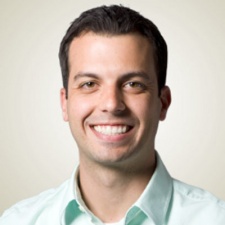 "You did read the fine print, didn't you?"

That's the question The Mobile Majority asks in light of all the recent news surrounding 100% viewability guarantees in the digital advertising industry.

Viewability - the notion that advertisers should only pay for ads that actually have the opportunity to be seen - is a deceptively complex problem with no simple solution.

In order to bring some clarity to the situation, The Mobile Majority has released a mobile viewability infographic and an accompanying video that explain the finer details of the industry's top concern while dispelling any myths about 100% viewability guarantees.

Specifically, mobile viewability is an especially tricky matter, with in-app advertising complicated by the general lack of helpful tracking signals.

This puts mobile game developers at risk for insufficiently monetized apps due to rising advertiser concerns for viewability.

Understanding what mobile viewablity is, how it can best be ensured, and which tech vendors to work with are all vital components for the success of mobile gaming apps moving forward.

PaeDae rebrands as The Mobile Majority and closes $8 million funding