How educational games moved from snake oil to being research proven

Gonzalo Frasca on the sector's learnings 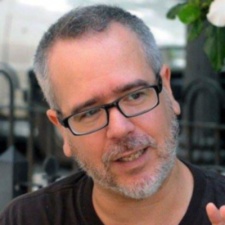 Gonzalo Frasca, PhD, is the founder of okidOkO, a learning games studio. He is also a Professor at ORT University.

Kids learn at a very early age to mistrust that word.

Along with "nutritious", it is often used by parents who want to trick them into something unpleasant.

Since the early days of computers, we have crafted thousands of videogames for learning purposes.

Tons of teachers and well-intended designers have poured all their energy in creating software that would improve children's lives.

The sad truth is that, in the vast majority of cases, we have no idea if they really work.

Certainly, these games make adults feel better - at least they feel they're doing something for their kid's future.

Kids also feel they are getting a decent deal: they would play anything - and I mean ANYTHING - rather than reading textbooks.

That being said, we simply don't know if these products are really worth their time.

Kids would play anything rather than reading textbooks.

Anybody can build an educational game. The only requirement is that you add some curriculum bits into the mix and you can probably get away with it.

We just cross our fingers and hope kids learn something. If they don't, at least they're not killing monsters in some violent videogame, right?

Imagine if the situation was the same for medicine. You could bottle any kind of snake oil and market it as a miracle cure.

Until not so long ago, that's how it used to be.

In the modern world, we rely on government agencies and scientific research to make sure that medicines do not harm and actually do what they claim to do. Ok, we all know it's not a perfect system - feel free to be a bit sarcastic - but it's much, much better that what used to happen in the early days.

However, things are changing in the learning game scene.

Take one of the most acclaimed recent educational games: DragonBox Algebra.

An independent study from the University of Washington shows that 96% of children achieved mastery at solving equations (PDF). All it took was actively playing the game for at least 1.5 hours.

It is certainly reassuring that scientists can certify that a certain app is actually effective. And DragonBox is not alone.

Do we really need a government-backed, FDA-like agency to certify learning products?

Or can it just be done through partnerships with universities? Will these certifications be enough to convince parents to buy these products rather than heavily-marketed ones?

I don't know. That's why this Wednesday I'll be hosting a panel on play and learning at Gamelab, a major videogame event in Barcelona.

The participants have an impressive track record on both fields: Dragonbox creator Jean-Baptiste Huynh, Angry Birds marketeer Peter Vesterbacka, and Jordan Shapiro, who writes about education technology for Forbes.

In our profession, it is 'Survival of the Teachiest'.

The learning game and app market is enormously challenging. Even if you create a revolutionary product such as DragonBox Algebra, it doesn't guarantee overnight success.

You would think that you would have a global hit if you created a much faster cure for, say, the common cold. However, millions of kids are sick of algebra and, in spite of its stellar scientific evaluation, there is still a long way before DragonBox is adopted in every school.

I'll let you know how it goes in Gamelab. I'm convinced game creators can make a difference.

Our job forces us to become de facto teachers. If we fail to effectively explain our complex games, our players just quit. In our profession, it is 'Survival of the Teachiest'.

You would be amazed at the number of industry veterans that are becoming more interested in getting into the education market.

After all, it implies defeating some of the meanest, most challenging boss monsters in the planet: ignorance and frustration. Talk about an epic win!