Bethesda vs. the F2P bogeyman: Why Fallout Shelter's success is built upon a false premise

Pete Hines' messaging has been off-key 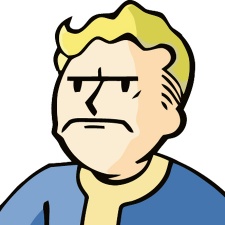 Something about the way Bethesda has communicated Fallout Shelter's $5.1 million success- a major victory in its own eyes, rather less so when judged against the broader mobile landscape - has been bothering me.

Fallout Shelter, we've been told, is not like other free-to-play games.

“It doesn’t have our hand in your pocket,” said Pete Hines, explaining why he felt the game had been well-received.

“It did monetisation in a way that people didn’t have a problem with,” he went on.

And he's not wrong to say that. There's been no backlash against Fallout Shelter.

In fact, I've seen nothing but positivity - and players evidently do not feel ripped off by its systems.

But snide comments like this, effectively casting a scornful eye at free-to-play and saying "we're better than this," are certainly reductive and unhelpful.

It's achieving goodwill by pitting itself against an idea of free-to-play game design that doesn't actually exist, a monsterised amalgam of every cash-grab scandal that's been paraded in front of the hardcore gamer crowd, from Dungeon Keeper to Theme Park.

There appears to be very little crossover between the RPG players comprising the Fallout fanbase and those actively engaging with free-to-play mobile games, meaning that Bethesda's core audience is one that's negatively predisposed to the business model despite having little interaction with it.

This, of course, is something that Bethesda has been more than happy to perpetuate as a means of promoting Fallout Shelter. And, to some extent, who can blame it? It's an incredibly smart strategy.

By indirectly insulting the business model to an audience of F2P sceptics, Bethesda positions itself as an exception to the supposedly tight-fisted, evil, money-grabbing norm.

It gets to have its cake and eat it.

But the narrative's not true, is it? Fallout Shelter is still a free-to-play game. It's still a product that wants you to spend money on microtransactions, and it is not exempt from the usual pressures this puts on design.

It sets its maximum IAP at a low $19.99, but behind its random lunchbox system lurks the reality that players are still essentially paying to receive in-game currency.

Its randomness is what supposedly sets it apart, but let's just consider this for a second: how exactly is the player not knowing how much currency they're getting for their money a fairer system?

It seems that, for some sections of the gaming community, free-to-play has such toxic associations that the faintest whiff of hard and soft currencies could prompt a firestorm.

So it's understandable that Bethesda should want to avoid that, especially as it is relying on that very same crowd of RPG loyalists to support the forthcoming Fallout 4 on consoles and PC.

I just wish Bethesda didn't have this misplaced sense of superiority.

If my tenure as The IAP Inspector has taught me anything, it's that free-to-play games come in all shapes and sizes.

Occasionally the business model bludgeons the game out of all recognition, but more often than not it doesn't.

Bethesda isn't our saviour in this area, and it should stop pretending to be. Ethical free-to-play games have long pre-existed Fallout Shelter.

Furthermore, realistically speaking, the game's success has had far more to do with the strength of the Fallout brand than any monetisation model.

That's what Bethesda should be crowing about, not its inflated sense of virtue.