The four pillars of retention

Bee7's John Rankin wants you to read to the end 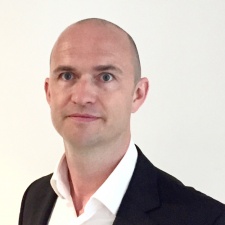 Being born out of Outfit7, the global entertainment company that created the Talking Tom and Friends franchise, we at Bee7 know from experience that retention is an absolutely vital metric.

Ultimately, focusing on retention can play a huge role in creating a successful game.

Unlike many other metrics, retention gives you a much more accurate picture of whether or not users actually like your game - and also importantly whether you are likely to make a profit from it.

You could be featured on the App Store, written about in global media and have UA campaigns that generate gazillions of downloads but, if users aren't coming back to play your game on a regular basis, they clearly aren't enjoying it!

Similarly, you can't monetize from an install or a user who opens your game once and then never again.

When you have users opening, using and returning to your game, you're more likely to monetize. It's also cheaper and easier to keep your existing users engaged than acquiring new ones.

So what can you do to maximise your chances of retaining your hard earned users?

There are four areas you need to focus on to lay the foundations for retention.

10 reasons players are leaving your game