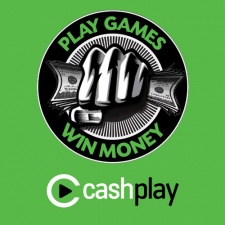 The astonishing growth of video gaming into a $100 billion dollar industry has been well documented.

But, there's a related trend that will potentially cause even greater disruption to the entertainment industry - the convergence of games of skill with real money prizes through eSports and daily fantasy sports.

We've entered an era in which people are accustomed to expressing their competitive instincts online and through their mobile phone.

Real money skill competitions empower anyone with sufficient dedication the opportunity to earn money doing what they're good at and what they enjoy.

Excitingly, the landscape of real money skill gaming has manifested itself in many ways meaning that there are suitable entry points for people of a wide range of demographics and interests.

The recent announcement of a linkup between Disney and DraftKings caused a ripple in the real money gaming space.

The game changing difference? Participants select fantasy sports teams and win prizes based on the results of a single day or weekend's games rather than traditional season long competition.

Crucially, real money fantasy sports are not considered to be gambling due to their status as a skill game.

Even more crucially, the potential for real money fantasy sports is huge. Publicity surrounding the Disney deal made headlines, but daily fantasy sports are a big deal in their own right.

Twitch has built a platform that brings together tens of millions of people who watch billions of minutes of games each month.

Attractive to participants because they offer a real opportunity to make money based on knowledge, the industry has already spawned an epic battle between two contenders seeking to dominate this young market - DraftKings and their main rival FanDuel.

Regardless of which company comes out on top, their combined achievements demonstrate the scale of sports fans' appetite for real money skill gaming.

With monthly active users reaching 650,000 and 200,000 respectively, FanDuel and DraftKings have been emboldened to spend a combined $20 million on TV advertising alone.

Disney have spotted the potential for growth, but they're by no means first to act. Both companies have secured multiple high profile sponsorship deals with some of America's biggest sports teams and the NBA even have an equity stake in FanDuel, who currently control a larger slice of the overall market.

Particularly attractive to all parties is the room for growth, with projected total player entry fees of over $31 billion by 2020.

The daily version of fantasy sports is still relatively niche, but the 41 million people who play traditional fantasy sports each year are prime targets to be converted.

Observers also see similarities in the opportunities for earning money through daily fantasy sports that online poker offered a decade ago and several high-profile professional poker players have already made the switch.

But it's not just sports fans who are part of the real money, skill gaming trend. Gamers are equally keen to put their mouths where the money is...

Another deal to make the headlines was Amazon's $1 billion acquisition of video game streaming platform Twitch.

The amount of money involved raised more than a few eyebrows yet, when you learn that Twitch surpassed 50 million unique viewers in July of last year and that 58% of its viewers spent more than 20 hours per week on the site, the business reasons for the deal become clear.

As Amazon founder and CEO Jeff Bezos put it, "broadcasting and watching gameplay is a global phenomenon and Twitch has built a platform that brings together tens of millions of people who watch billions of minutes of games each month."

Amazon's purchase of Twitch grants immediate access to a huge slice of a highly desirable demographic, one which they have struggled to reach in the past.

But why is Twitch able to command such a huge audience?

The answer lies in the phenomenal rise of eSports. A concept alien to the uninitiated, eSports are organised multiplayer video game competitions.

As video gaming has become progressively more popular and the rise of the internet has facilitated the ability of gamers to compete against each other online, elite players have become superstars in their own right, enjoying adulation on the level of 'real sports' stars.

League of Legends Season 3 World Championship was watched by an amazing 32 million people.

This has led to the emergence of large-scale international tournaments featuring prize pools of more than $10 million in the case of last year's 'The International' Dota tournament as well as eye-wateringly large live and online audiences.

The International was watched by more than 20 million viewers whilst the League of Legends Season 3 World Championship in October was watched by an amazing 32 million people.

Playing games for a living has become an aspirational pursuit for kids around the world in much the same way that children of previous generations would dream of becoming professional athletes.

In fact, some US colleges are now offering eSports scholarships and the US recently began to recognise professional eSports competitors as professional athletes.

As well as Twitch's extensive eSports coverage, ESPN's decision to screen 'The International' marked the transition of eSports into a mainstream spectator event.

ESports have also taken on many of the defining characteristics of traditional sports, creating genuine superstars and building narratives from memorable tournament moments and the individual achievements of games' most revered players.

But eSports are not just about star names. The whole world wants to play, and it turns out they want to play for money too!

While spectator eSports represent the arrival of elite gaming as a mainstream form of passive entertainment like watching football, eSports also mirror traditional sports in the sense that they have their own grass roots of participants who compete against each other at a wide range of online and in-person tournaments around the world.

Prize pools range from a few hundred dollars with open participation to larger prizes and entrance restricted by qualification thresholds. Just like in traditional sports, gamers start at the bottom and work their way towards the elite.

Only a few will make the big time but every gamer will find a level at which they can compete against others for prizes.

In contrast to traditional sports, but in common with daily fantasy sports, the goal of winning money is prevalent at all levels of eSports competition. ESports have always been primarily associated with PC and console-based games such as the aforementioned League of Legends and Dota.

There are plenty of mobile games that demand a high level of skill but, unlike PC and console games, sessions are short and focused. People play mobile games on the move, at the bus stop or when the boss's back is turned. People who don't have the time or inclination to spend days and evenings perfecting the wide skill sets needed for League of Legends are still keen to play their games to a high standard and win money based on their abilities.

Cashplay have witnessed this phenomenon first hand, partnering with some major mobile games to provide head-to-head and unlimited-entry tournaments and the response has been mind blowing.

Games such as The World Golf Tour's hugely successful WGT Golf Mobile [App Store link], have shown that players are quick to make the transition to competing for cash.

The best players have already accumulated substantial winnings in head to head tournaments, which is impressive when you consider that the majority of tournament types are focused on $1 to $5 prizes.

Mobile developers are catching on fast to the fact that casual gamers are casual in terms of the uninterrupted time they're prepared to spend but they are most certainly not casual when it comes to competition and the chance to take money off their peers.

The rise to prominence of real money competition in skill-based games ranging from fantasy sports to mobile games reflects the wider trend of individual empowerment caused by the ubiquity of the internet in the developed world.

People want to be masters of their own destiny and they're jumping at opportunities to up the ante on pastimes that they traditionally did just for fun, to start making real money.

Where, once upon a time, people would accept luck as a fair determiner of whether they won or lost money, younger generations are leading the trend towards a reliance on skill.

The player is taking the power back from the house. Why rely on chance when you can rely on yourself?