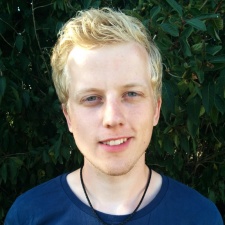 350,000 people gathered in the crowded halls in Cologne, Germany for the fifth edition of the Gamescom conference.

But does it make sense for small developers to attend a consumer-oriented trade fair like Gamescom?

Most attendees at Gamescom are players who are eager to play the latest games to come out of the likes of Blizzard, Nintendo, and other huge publishers.

These giants have Gamescom marketing budgets larger than the entire game production budget of most indie developers, and the fight for attention is thus a very tough battle for most young studios.

But there is a different side to Gamescom too, and it's called the Business Area. The area is closed for attendees with ordinary entertainment area tickets, and it is the place where developers, investors, publishers, and journalists meet up to discuss possible future collaborations.

Swedish developer Image & Form Games and Danish company Reignbros both had a booth in the Gamescom business area this year, and they share their best and worst experiences at Gamescom and a few tips for developers considering going to Gamescom next year.

Martin Peterson is a Game Designer at Reignbros, who attended Gamescom for the first time. The studio had a booth in the Nordic Game Pavilion, which was located in the business area.

If you're showing a game at Gamescom it must have an official USK age rating.

"It's too expensive and there's too much competition for attention for a small developer like us... Also, the event itself feels a little shabby - overpriced and not as well organized as other conventions and expos we've attended," Martin Peterson starts out, as he explains why the studio most likely won't acquire a booth for Gamescom 2016.

Reignbros attended this year's Gamescom in hopes of getting in touch with relevant games media that could cover the launch of the studio's first game, Stikbold!.

Something that clearly didn't go as well as expected.

With that said, however, before moving on to his three best advice for developers considering going to next year's Gamescom, Peterson clarified that instead of having a booth at Gamescom, it might be wiser for indie studios to attend Gamescom with a regular trade visitor pass.

It's more affordable, and you can still get face-time with potential business partners.

Brjann Sigurgeirsson is the CEO of Swedish dev Image & Form, who have attended all but one of the Gamescom trade fairs, but for the first time decided to have their own booth.

Playing by the rules

And for them, Gamescom didn't start out exactly as hoped for either. Sigurgeirsson explains:

"The idea was to showcase our game primarily to media, and so we decided to exhibit in the Nordic Game booth in the business area. The media worked out well, but with short notice the booth layout was changed to avoid the general risk of showing explicit material to children. I thought it was actually a load of BS, since the business area is intended for trade visitors, but the organizers decided that booth screens could not be directed outwards.

Nordic Game complied with this - we're very good at following rules in Scandinavia - and changed the booth layout, which very much impaired our visibility. It was therefore all the more frustrating as a maker of fairly non-violent games to see all these kinds of content exhibited blatantly by other exhibitors in the business area. You'd hope the same rules apply to everybody. ;)"

But the SteamWorld IP developer is still at high hopes, and they even plan on having their own booth at the entertainment floor next year, Sigurgeirsson reveals.

"[Being at Gamescom], You will notice that there is a fabulous amount of games being made, and that there is an audience for most of them. It expands your horizons, and you realize that there are almost endless possibilities", he adds.

In conclusion, Gamescom is huge, and it holds many opportunities for getting in touch with potential business partners, not to mention the games media, of which there were approximately 6,000 at this year's Gamescom. But it's not all just a walk in the park, and you have to shout loudly to get recognized.