What Super Mario Bros. taught us about building exploration and discovery into kids games

Thijs Bosma on learning from the best 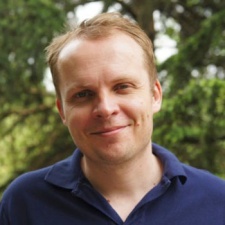 Who among us doesn't remember playing Super Mario Bros. and discovering for the first time that the pipes weren't just barriers but actually portals to secret worlds?

Or that there were invisible blocks you could smash that would provide power-ups?

How about when you broke what seemed to be an ordinary brick only to see a vine grow out of it up into the sky?

Or best of all, discovering that certain pipes were actually time warps that enabled you to leap forward many stages?

This sense of exploration and discovery lent an air of magic and wonder to the game that was a big reason for its unending success.

Fans wondered what else lie hidden amongst the bricks and hilltops of this far-off world, what other surprises and delights awaited.

Super Mario Bros. might not have been the first title to embed secret treasures into its gameplay, but for thousands of impressionable young kids who would grow up to become game designers themselves, it was arguably the most influential.

And for the design and production crew here at Dr. Panda, it provided an important strategy that proved central to our approach in developing children's games.

Kids aren't as goal-oriented as adults are, and they can have fun just playing around.

Children's brains work differently than adult's brains do. Kids aren't as goal-oriented as adults are, and they can have fun just playing around without needing a specific objective to give their play context or larger meaning.

A big part of kids' enjoyment of a game lies in mastering a skill, discovering something new, or exploring an unfamiliar world. This type of gameplay lets kids use their imagination and creativity, which is crucial to their growth and development at a young age.

One of our main design philosophies at Dr. Panda is to create environments that give kids the opportunity to explore, experiment and learn about things they might have seen in the real world.

Our game Dr. Panda's Swimming Pool is a prime example, as it's all about freedom for its players, allowing them to explore each of the pools and have fun with different types of gameplay such as roleplaying, caring for the animals, free play, and so on.

Plus, there are tons of secret treasures embedded throughout each pool just waiting to be discovered, much the same way invisible bricks and time-warp pipes laid in waiting in Super Mario Bros.

When you think about it, this type of gameplay mimics children's real-world experiences. At a young age, children are constantly encountering new environments and new experiences, which often come with a sense of mystery and adventure.

Children are constantly encountering new environments, which often come with a sense of mystery and adventure.

A child's ability to thrive in such experiences helps develop their sense of pride and self-worth, creating a positive feeling that builds confidence they can tap into when facing even bigger challenges in which more is at stake.

As adults, it is easy to lose this sense of wonder in our day-to-day lives, which is why games that involve exploration and discovery remain so popular - because they put us back in touch with our inner, adventurous child.

We see various types of exploration and discovery in games, but the basic principles remain the same - to tap into this feedback loop of discovery, surprise and self-worth.

There are essentially two types of exploration that can be found in games: spatial exploration and systems exploration.

We try to incorporate both types of exploration into our children's games.

In our city-building game, Hoopa City, the player is at first given an empty canvas and essentially "forced" to explore the world in order to figure out what to do.

Players typically start out by seeing what happens when they tap here or there and eventually build up to experimenting by placing certain objects next to each other or mixing certain materials to see what they add up to. The game was carefully designed to encourage this type of systems exploration and reward players for their experimentation.

Today, many adult games incorporate elements of both systems and special exploration as a means of feeding the child-like curiosity that makes gaming fun and adventurous.

But for us, exploration in games isn't just optional - it's absolutely vital to providing a meaningful gaming experience for young children.

After 40 million downloads of its kids games, TribePlay rebrands as Dr Panda Games