So long, Canada: these countries are mobile gaming's next soft launch frontier 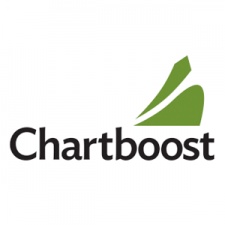 This article is part of PocketGamer.biz's series of opinion pieces provided by Chartboost.

Today, a soft launch is de rigueur for a serious publisher - an essential step to identify bugs, improve features and gauge user opinions.

But Canada and Australia, historically the most prominent markets for soft-launching mobile games for English speakers, have become pricey.

What's a budget-conscious mobile game developer to do?

The good news: A wide range of countries can suit your needs, without breaking the bank. Here are a few guidelines for choosing the right under-the-radar test market.

The basics: defining your soft launch

Before you spend money on your soft launch, set goals that include a minimum number of players you need - typically 5,000 to 10,000 users - and a maximum timeframe you expect for the launch.

As is often the case for indie devs, following the lead of larger developers could be a bad idea. The largest companies have platoons of product managers and budgets allowing for months of tweaking.

A more reasonable timeframe for smaller companies is 3-4 weeks.

Also keep in mind that the country you choose may be less important than nailing your targeting.

"If I'm making a Clash of Clans-style game, I don't necessarily want a bunch of Candy Crush users, because they'll give me false data, and I'll think I have to fix my game," says Rob Carroll, founder of the mobile game consulting business ROC Applications.

Canada may have the world's longest border and a long list of shared cultural quirks with the US, but culture is the classic American export - many other countries have been similarly influenced.

Small markets such as Ireland and the Netherlands have more recently become cutting edge soft launch destinations because they offer users that can communicate in English and are fairly close in behavior to US-based users.

Publishers who are more strapped for cash but who still want Western-style behavior can try Israel or even the Philippines. (Though keep in mind, these users will display less similar behavior.)

Game genre can also affect testing results for some niches like puzzle or trading card games.

Potential markets can be researched by seeing how your direct competitors performed internationally. Here, you may wish to expand your search to the Scandinavian countries, Turkey and Malaysia. Studying store rankings may turn up even more candidates.

In Asia, the best countries for soft-launch will obviously be different.

China, Korea and Japan all have unique market conditions, so a soft launch may be better managed through a local publisher.

However, Singapore and Hong Kong can be interesting for their cosmopolitan users, who generally speak English but are culturally as similar to China as the US.

Mobile games are larger and more complex than ever, and many are now expanding their multiplayer features.

Server infrastructures tend to develop faults as they grow, so soft launching can offer an early opportunity to stress test. In this case, developers may care less about culture than price.

"Basically you want three or four thousand people in the game, banging against each other and seeing where the cheats are," says Carroll.

In this case, the Philippines and India are excellent choices, with large groups of English speakers. Players in these countries are typically avid, so you may even see significant organic user growth following your initial spend.

In the soft launch planning stage? Don't miss these tips on how to make data-driven decisions about mobile game prototypes.