Talking tax relief: Why now's the time for UK indies to shine

How to get a helping hand with The Games Begin 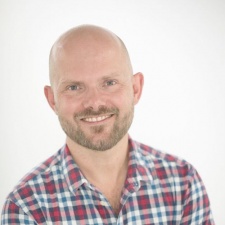 There's a great irony that runs throughout the mobile games industry.

Never have the smartphones and tablets that sit in the palm of our hands been so prevalent, and never have the games we play on them been so popular.

Smartphone games are one of the main driving forces in the industry right now and have been for some time. Console may have the glitz and the glamour, but mobile – home to hundreds of thousands of indie studios in the process – has captivated a significant share of the market.

Yet, when it comes to independent developers, many enter the industry with a desire to be creative – to build on the passion they had for games growing up and play a part in its continued progression. Making money from what they do almost seems like a side issue, though it increasingly becomes a bigger problem as the hours wrack up, the bills drop through the letter box and cash doesn't roll in.

Why do I think this, you may ask? Well, I was exactly the same when I started out working many moons ago in the film industry, figuring that creativity was key and that I'd work out the business side of things as I went along. Now, with around 60 productions successfully completed and a fair amount of luck along the way, its fair to say that I was at least to some extent right.

Of course, I've learned many lessons along the way, all of which have now motivated me to help develop a new initiative to support indies today in growing their businesses into the future.

Crucially, it's exactly indies like this that Games Tax Relief, first announced by the Chancellor of the Exchequer George Osborne many years ago now, is designed to benefit.

But the hoops studios feel like they have to jump through to qualify for it – and the time it takes for the money to turn up means that many companies are yet to make full use of the opportunity this entitles them to.

The Games Begin is a service that helps indies with an upfront loan secured against the Games Tax Relief.

Which is why here at business development consultancy Authentic Media Group down in Brighton we've helped launch a new venture called The Games Begin – a dedicated service for indies that helps them with an upfront loan secured against the Games Tax Relief, based on the amount they expect to be awarded.

It's a move that enables developers to right away direct the money where it's most needed, whether to help fund the game's development, set aside for marketing or to pump back into some other area of their businesses,. However developers decide to spend the funds, I'm sure most people will agree its better to have the tax credit monies in your bank account now, rather than having to wait months to receive them from HMRC.

I have, since I was a young lad, always looked on at the games industry and tried to work out how best to get involved.

I started laying down plans to develop my own IP into games a while back but it's now in partnership with The Games Begin, that I've also got the chance to put my 18 year experience of working in the various media industries to good use and actually play a part in helping progress the talent that I've enjoyed dipping into for the last however many years.

So as well as partnering up with established 80 year-old accounting firm Nyman Libson Paul, whom have a wealth of experience providing services across the creative industries, we've also joined forces with Goldfinch Entertainment whom since 2014 has raised over £22 million for nearly 90 projects too.

In a way offering a tax credit loan is just a calling card, kind of like a way of saying hello and getting to know each other better.

As what we are also hoping to do is establish relationships with as many developers as possible here so that we can help them wherever possible achieve their fundraising goals - whether it be through SEIS/EIS or some other method.

With The Games Begin, we're looking to work with the UK's brightest and best game developers.

So with The Games Begin, we're looking to work with the UK's brightest and best game developers – the indies with the creativity to make games that reach out to the ever expanding audience, whether on a mobile platform or otherwise.

When it comes to finances, there's little point in help and assistance being on offer for the burgeoning British scene if those it's intended to benefit are not able to take advantage at the moment they most need too.

It's also, of course, where you come in. If you're a developer working on a game in the UK and, so far, have been wondering how best to make use of the Games Tax Relief, we want to be your first port of call.

Tax relief for the games industry is only of any use if the people entitled to it actually get hold of the funds when they most need it, and if Nyman Libson Paul's experience with the film & TV industry is anything to go by – an industry that can hold its head high as a genuine world leader – this money can make a real difference.

So, whether you partner with The Games Begin or you go it alone, the rise of the UK's Film & TV industry thanks to the fuel provided by the tax breaks highlights just what Games Tax Relief can do for indies across the country.

Don't miss out. Be a part of it. And, if you need a helping hand, drop on over to www.thegamesbegin.co.uk and let us know what you're up to.

How the changes to SEIS/EIS tax relief affect UK developers

Why did Myriad Associates come to PG Connects London 2016?