What mobile game devs can learn from Tiny Rebel's community-building tactics with Dr. Who Legacy 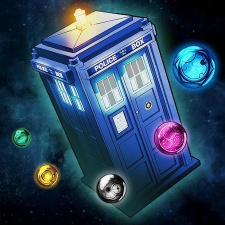 This article is part of PocketGamer.biz's series of opinion pieces provided by Chartboost.

After twenty years in at companies such as Take Two Interactive and Rockstar Games, Susan and Lee Cummings made three major life changes: starting their own indie studio, Tiny Rebel Games; moving from PC to mobile; and welcoming their newborn son.

That was six years ago - and the baby wasn't the only one that had some growing up to do.

The duo found that the nascent mobile games industry was rife with clunky mechanics and irritating in-app currency models such as paywalls and energy meters.

In order to rise above these common mobile game practices, the couple decided they needed a well-known character to draw fans.

So they contacted BBC in hopes they could make a game based on hit television series Sherlock, and were happily surprised when, instead, they were offered Dr. Who - the longest running sci-fi television series with a serious cult following.

Today, the resulting strategic match-three game, Dr. Who Legacy, has over 2 million downloads across the App Store and Google Play.

Not every indie dev is fortunate enough to have IP with such an incredibly dedicated fanbase, of course, but Tiny Rebel has found that nurturing its player community has allowed the game to grow without user acquisition spend - or those pesky currency models they avoided from the start.

Here are four lessons from their story:

5 mobile games that give back