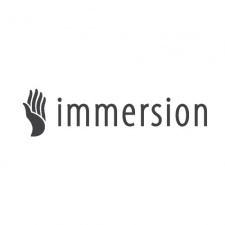 Nick Thomas is Sr. Director and Head of Mobile Gaming at Immersion.

The mobile gaming ecosystems is stuck. There, I've said it.

It's a challenging fact that the top 10 games on the top grossing list are always the same.

Three years after its global debut, Candy Crush Saga is still No. 4 in the top grossing section of Google Play.

Clash of Clans, Game of War and Boom Beach also sit atop the industry as monoliths, dominating the world through a mix of ingenious gameplay, analytics designed to test everything before launch, and unrelenting marketing campaigns that capture the attention of players globally.

While these games are high in quality, their dominance has led to a paralysis in the gaming community that's making it harder for emerging titles to get noticed, acquire users, and build escape velocity in a Free-2-Play world that favors publishers with large-scale marketing budgets to support growth.

When fewer publishers capture the majority of market share, the mobile gaming world works well for the plutocrats, but not so well for smaller publishers and indie developers, nor for gamers looking for variety and invention.

With limited distribution channels to promote and help gain visibility, smaller publishers and indie developers may feel helpless to overcome the discoverability quandary.

However, despite market conditions, there is a revolution percolating.

It will change the landscape dramatically by helping games be discovered, enjoyed, and shared, based not on user acquisition budgets or Super Bowl ads, but on the raw creativity and progressive gameplay mechanics and technologies that makes them new, special and highly engaging.

Haptics are a wonderful way to make games more engaging.

This uprising is starting to take place with Google's "Games You Can Feel" category, which features more than 15 innovative games in a global promotion of groundbreaking significance.

According to Google Play partner manager, Markus Nuotto, "At Google Play, we recognize the need to shed light on games in our store that are pushing the envelope and working to broaden and enhance the player experience.

"Haptics are a wonderful way to make games more engaging, and we are excited to feature the sense of touch in the Games You Can Feel category on Google Play."

What makes "Games You Can Feel" so special?

This category of games in the Google Play store is dedicated to those titles that have incorporated haptic feedback as a way of improving gameplay and user experience.

Haptics, or the use of the sense of touch as a meaningful expression, is a familiar concept from the rumble and dual-shock technology in PC and console games.

Think of the original Metal Gear Solid, when you can feel the heartbeat of your victim as he dies in your hands. While dying may feel good, there is an infinite universe of possibilities when incorporating the sense of touch into game design, from basic UX and buttons to physics, bonuses, leveling-up, unlocking prizes, and so on.

Haptics are a new, exciting feature now available to mobile game designers, and Google has embraced this tech to such an extent that it's dedicating a promotion designed to feature games that feel great!

Imagine a category of games such as "best art," "best audio" or "best storyline." What a wonderful world we would live in if games were promoted based on their features, not just their market power.

Now, of course this does happen.

Monument Valley is perhaps the best example of a game that exploded onto the scene based almost entirely on its highly imaginative game mechanic and wonderful M.C. Escher art style.

But this is the exception, not the norm. Most of what I see in the Play Store are not creative deviants, but sure bets, based on tried-and-true gaming concepts that don't deviate from the emulation of their top grossing idols.

In partnership with Immersion - the torchbearer of haptic technology - Google's "Games You Can Feel" collection is fueling the democratization of discoverability for games that are based solely on their creative enhancement made possible by haptic technology.

The games selected are not a result of UA spends or industry market power, but rather on the quality of the haptic technology as a way to create more meaningful, personal and fun experiences.

Partners like Rovio, Bandai Namco and GamePoint sit with haptics comrades such as TapStar and Datcroft on an equal playing field.

Discoverability is not based on who these companies are, but on the quality of the haptic experience within, allowing a small indie team such as BadSeed to compete with Rovio as equals.

The gaming ecosystem is a paradox: more creativity and games exist than ever before, but fewer and fewer larger and larger publishers own the majority of market share.

The "Games You Can Feel" promotion reminds me of the original Jurassic Park movie, where "nature finds a way," only in this case, creativity and technology are finding a way.

The "Games You Can Feel" category brings together the best of innovation and the use of progressive technology to advance the mobile gaming industry and shine light on games that are pushing the envelope, not just trying to get inside it.

Video: Immersion on the power of haptics

Sponsored feature: Why Immersion is leading by example to bring better tactile feedback to games