Inside the Game: Partnering with Mattel to bring Monster High into High School Story 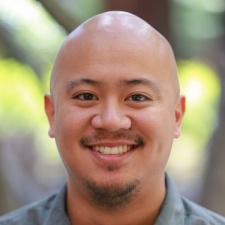 Months ago, I had only a passing knowledge of what Monster High was. And by that, I mean I had only known it as a brand in the "pink aisle" of the toy section.

As the producer of High School Story, I had been chosen to be our team's main point of contact with Mattel and spearhead the process.

Here's a look at the process and some of the things we learned.

We knew that Monster High would be a great match for a partnership for a number of reasons.

Another reason that we pursued this partnership was the franchise's sheer reach.

Monster High is a $3 billion brand with a solid online presence they have over 600,000 subscribers on YouTube and over 2 million Facebook fans. That audience meant a lot of new eyes that could be directed to our game.

The final nail in the coffin (no monster pun intended) was the news that we could release the update during the Halloween season. The theme and aesthetic of Monster High would be a perfect fit during this festive time of the year.

Putting together all these reasons, we were sold on making the partnership happen...

Over the summer came the work of creating Monster High content that would fit thematically into the world of High School Story.

The challenge we then faced was staying true to the characters.

Since Frankie Stein, Draculaura, Clawdeen Wolf, and Cleo de Nile already existed in various media (animated movies, webisodes, apps, etc.), they all had images and voices that we wanted to capture.

The Mattel team was great about sending ample reference material for our art and writing teams early on (already off to good start!). But questions soon arose.

Art was our first challenge. Monster High characters were depicted elsewhere with different art styles than our existing HSS character models, so fitting one to the other would've have a been an awkward strain.

But, our art team was able to create four all-new models (one for each character) that worked with our existing animation rig. It was an extra cost to our memory, but worth it to make characters that still felt true to Monster High.

Then there was the question of writing tone. Should we change our tone to match theirs?

Monster High content we had seen touted a lot of monster puns - for instance, "fanging out with your ghoulfriends" - while High School Story's tone was a bit less whimsical and more grounded.

Luckily, our writing team was able to work with Mattel to compromise a balance that would appeal to both fanbases (i.e. just the right amount of puns).

But content challenges aside, issues also arose on the operational side...

The challenges of partnership

Naturally, there were some differences to account for when operating with Mattel.

Instead of coordinating one team, I was syncing up two, each with its own departments, schedules, and protocols.

This is something Pixelberry had to account for when scheduling our pipeline, as it meant that content we generated was going through twice the amount of review and approval.

In general, we aimed for adding an entire week (or more, when possible) for each round of content approval, trying always to err on the safe side.

What I learned, aside from scheduling very conservatively, was that having a readily available point of contact on both the Mattel and Pixelberry teams was crucial.

Appointing a gatekeeper on each side of the bridge smooths the workflow and process of correspondence.

As you might guess, we don't have our own trailer agency, so the prospect of Mattel offering us those resources was beyond exciting.

Email conversations can quickly get crowded with a slew of people from different departments all looped in simultaneously.

But I was lucky enough to have a great counterpart at Mattel, so I didn't have to worry about who I should send my messages to. I just trusted my contact to shepherd them along.

And conversely, when requests or questions came in from Mattel, I was able to sort and direct them to the right people at our studio, saving us a lot of effort and confusion.

Plus, with so much of the work compartmentalized in both camps, it helped to have someone on each end watching the schedule, checking in on tasks as they traveled through their respective pipelines.

Syncing up two companies, each with so many moving parts, was not a simple task by any means, but it wasn't without its benefits...

And now the good stuff

There are a lot of different advantages that came from partnering with Mattel. For one, they have access to resources that we don't.

During one early conference call, we asked for their cooperation in promoting the update through their media channels.

A few days later, I was on the phone with their trailer agency, who agreed to make not only a trailer for YouTube and an app store promotion, but an in-game intro video for High School Story.

As you might guess, we don't have our own trailer agency at Pixelberry, so the prospect of Mattel offering us those resources was beyond exciting.

When launch day came, and it was time to promote the update, Mattel helped get the word out through all the channels we had hoped, and even ones we hadn't expected.

That, combined with cross-promotion from their expansive stable of apps was a great help to our visibility.

But the greatest advantage, and the one we had hoped for since day one of the partnership, was the fan reaction. Across Twitter, Facebook, Tumblr, and app store reviews, fans were commenting about how they loved the new content.

Fans of both were posting how excited they were that two of the franchises they loved were coming together.

Over all, it's been that fan satisfaction that has made this partnership so fruitful to us, and it's a metric we'll continue to strive for going forward.

Owen Javellana is a Producer and Writer for Pixelberry Studios.